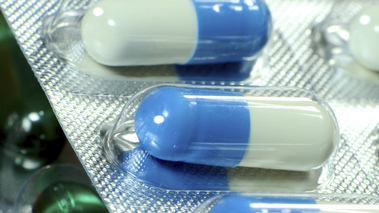 Around 800,000 people in England are known to be at risk of stroke from AF. Of these, half are taking anticoagulants, and a third are currently taking aspirin.

However, two-thirds of people admitted to a hospital with a stroke caused by AF are not taking recommended anticoagulants. NICE estimates that with effective detection and protection with anticoagulant drugs, 7,000 strokes and 2,000 premature deaths could be avoided each year.

To address this, NICE has updated its guidelines on AF. The guideline now recommends that the CHA2DS2-VASc tool should be used to assess stroke risk score in people with symptomatic or asymptomatic paroxysmal, persistent or permanent AF, atrial flutter, or a continuing risk of arrhythmia recurrence after cardioversion back to sinus rhythm.

Patients with a CHA2DS2-VASc score of 2 or above, taking bleeding risk into account, should be offered anticoagulation.

Under updated recommendations, NICE says that novel oral anticoagulants (NOACs), should be offered where appropriate - namely apixaban, dabigatran etexilate and rivaroxaban. The NOACs do not require the same regular level of monitoring or dose adjustments as warfarin.

Another new recommendation states that GPs should not offer aspirin monotherapy solely for stroke prevention to people with AF.

Evidence shows that aspirin is not as effective as anticoagulants at preventing stroke in people with AF who are at increased risk of stroke, and is also not as safe in terms of causing bleeding. Although the risks of anticoagulation also increase with age, the evidence also shows that its benefits outweigh the risks in the vast majority of people with AF.

Elsewhere, the guidelines say that GPs should provide a personalised package of care to patients with AF to help them understand their condition and make informed choices about their treatment.

This package should be documented and delivered, and should cover factors such as stroke awareness and measures to prevent stoke, rate control, and who to contact if advice is needed. It should also include up-to-date and comprehensive education and information on the cause, effects and possible complications of AF, anticoagulation, and practical advice on anticoagulation.

Professor Mark Baker, NICE's Director of Clinical Practice, said: "We know that AF increases the risk of strokes by up to five times. It's estimated that the condition causes around 12,500 strokes each year. We also know that that around 7,000 strokes and 2,000 premature deaths could be avoided every year through effective detection and protection with anticoagulant drugs that prevent blood clots forming.

"Unfortunately only half of those who should be getting these drugs, are. This needs to change if we are to reduce the numbers of people with AF who die needlessly or suffer life-changing disability as a result of avoidable strokes."

Dr Matthew Fay, a GP and member of the Guideline Development Group, explains: "With more than 10% of over 65 year olds having AF, GPs have to deal with both its identification and management on a regular basis.

"The NICE guideline builds on the relationship between the patient with AF and their GP, outlining how each patient should have a clear management plan which takes into account their personal preferences and the clinician's view of the evidence that has been clearly laid out in the guideline."

He added: "GPs have evidence-based tools on how to assess the patient's personal stroke risk and their risk of bleeding and how to minimise that risk.

"The guideline incorporates the previous positive appraisals by NICE of the newer anticoagulants apixaban, dabigatran and rivaroxaban, positioning them clearly to enable the GP to support patients in their choice of preventive medication."

A consensus statement by the NICE Implementation Collaborative (NIC) has been published alongside the guideline which addresses some of the barriers to prescribing NOACs.

The statement highlights that arrangements for the use of antithrombotic therapies in AF should be reviewed and policies developed for integration of NOACs in the local care pathway in line with the new NICE guideline.

A patient decision aid has also been published, which will help patients to make informed decisions about their treatment and care.