The Maynard Sinclair children's ward at Ulster Hospital wanted to ensure that care provided to babies with bronchiolitis was always evidence-based.

They wanted to reduce unnecessary distress caused to children and their families by limiting inappropriate interventions or admission to hospital.

Introducing the NICE guidelines on bronchiolitis within our department as part of a SQE project has been both interesting and rewarding. As part of a multidisciplinary approach, it was an effective and enjoyable way of engaging staff in implementing the guidelines and ultimately providing a better standard of care for our patients.

Working as a team and learning the roles of others, helped ensure that the guidelines were introduced across multiple departments simultaneously, ensuring all patients receive the same care no matter what department they attend. 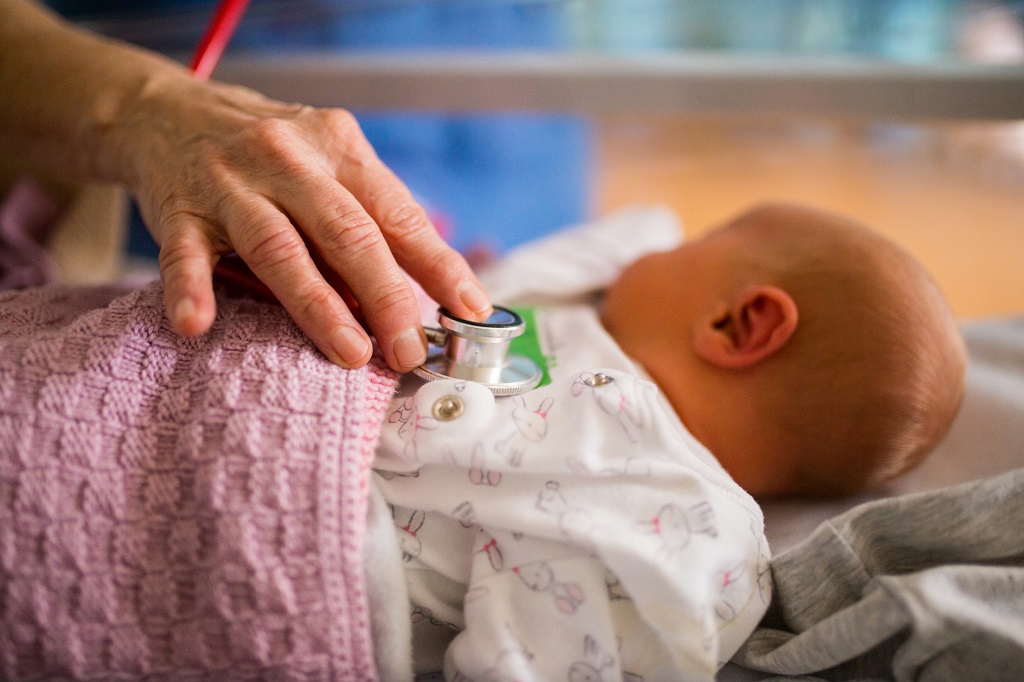 What was done and why

Bronchiolitis has a big impact on acute paediatric services across the South Eastern Health and Social Care Trust Northern Ireland during the winter months. The trust found that more babies were being admitted and staying longer in hospital. Often having to be weaned off oxygen at the end of their stay.

Recommendations from our guideline on bronchiolitis in children were looked at to improve the overall efficiency of their service and delivery of care for babies.

The team aimed for:

Three clinical areas were targeted: the emergency department, children’s short stay unit and the children’s medical ward. A team was put together, covering different levels of experience from each of the clinical areas.

They used the guidance to determine better admission criteria and what red flag advice to give to parents. This would allow for more babies to be cared for at home.

They also put together 7 PDSA (plan, do, study, act) cycles for staff which promoted the guideline around the clinical areas.

All the team’s aims were achieved and exceeded. By January 2019, all unnecessary clinical interventions on babies with bronchiolitis had stopped. This was achieved by applying the recommendations in the guideline.

Within the inpatient ward, regular teaching sessions are provided for nursing and medical students as well as new staff nurses. Feedback from parent service users has helped to co-produce a new bronchiolitis leaflet.

The team at the trust developed and used a quality improvement method to make positive changes in their practice and for their patients. This has been important in helping to make changes in a consistent and sustainable way.

During the implementation of the new way of working the bronchiolitis season started and peaked quickly. This resulted in the team having to consistently reinforce the new guidelines in a variety of ways.

Having nursing and medical staff on the project team with different roles and levels of experience really helped share information effectively.