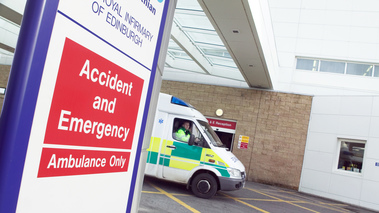 The NICE Shared Learning Awards recognise and reward services and organisations with innovative and effective ways of putting NICE guidance and quality standards into practice.

This year, NICE received 75 entries from organisations across the NHS, local authorities, social care, and the voluntary and private sectors.

The three finalists are:

Each finalist will be given the opportunity to present their work at this year's NICE Annual Conference at the ACC in Liverpool on the 13-14 October 2015. The overall winner will be voted for by conference delegates.

In addition to the three finalists, our judging panel also selected 17 highly commended entries who will present posters about their projects at the NICE Conference.

The highly commended entries cover a wide range of topics including improving patient outcomes in the treatment of ADHD, developing parent held medicines records for children with complex conditions, and the development of a computerised place of birth decision support tool for women and midwives.

Last year, a project to reduce antibiotic prescribing in primary care scooped the top award.  The Churchill Medical Centre in Surrey created a multidisciplinary team of ‘champions’ from across the trust to devise evidence-based, consistent messages based on NICE guideline to reduce inappropriately high levels of antibiotic  prescribing.

The team created a patient information poster, displayed in waiting rooms and consultation rooms, which highlighted that many common illnesses do not require antibiotics and that treating symptoms at home often leads to the best outcomes.

A single A4 sheet was also developed which contained evidence-based messages that clinicians could pass on to their patients. Messages included what the normal duration is of common coughs and colds, evidence on the inefficiency of antibiotics, and when it is appropriate to call for help.

An audit was then carried out to measure the project's results, and this showed a 15 per cent drop in prescribing of antibiotics for coughs and colds - from 54.5 per cent in October 2012 to 37.7 per cent in January 2013.

During the same period, antibiotic prescribing for upper respiratory tract infections fell from 32.6 per cent to 19.7 per cent.

Dr Peter Smith, GP Principal at Churchill Medical Centre, said: “Our project might have been ‘low-tech’, but it is easily reproducible in many practices. It was about giving people the evidence, and ensuring messages were positive.”

Inspired? Submit an example to the shared learning database to be in with a chance of being shortlisted for next year’s award.