The NICE appraisal committee unable to recommend cabozantinib following their initial assessment of the drug in February 2017. This was because they felt some of the clinical evidence presented by the company was unreliable.

In response to this, the company revised their submission to strengthen the evidence. The NICE committee since concluded cabozantinib is a cost-effective, viable treatment option for people who have advanced RCC.

RCC starts in cells lining the small tubes in the kidney that help to make urine. In the advanced stage of the disease, the tumour spreads to other parts of the kidney, in some cases spreading to nearby lymph glands.

Cabozantinib is a small molecule that inhibits the growth of new blood vessels within a tumour, and so prevents it spreading.

Professor Carole Longson, Director of the Centre for Health Technology Evaluation at NICE said: “There limited treatment option available for people who have advanced kidney cancer, so I am very pleased that the new evidence submitted means we can recommend cabozantinib.”

It is estimated that 1000 people with kidney cancer will be eligible for treatment with cabozantinib.

UPDATE - The guidance became final on 9 August 2017. Local health authorities will have to make cabozantinib available to people who need it within three months of this date. 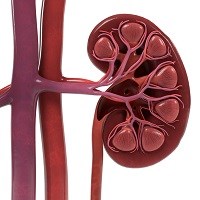