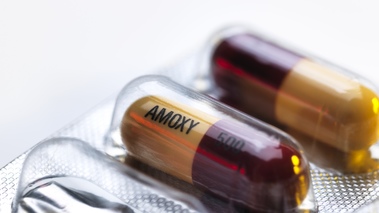 Antimicrobial resistance is as big a risk to global public health as terrorism, Dame Sally Davies, the UK Chief Medical Officer has said. Without urgent action routine operations such as hip replacements could become life threatening, cancer treatment would be impossible and organ transplants too risky, it has been warned.

NICE has a range of guidelines aimed at tackling inappropriate use of antibiotics, including in children.

In developing countries, resistance was even higher, probably due to the availability of antibiotics over-the-counter, the authors said.

They wrote in the research paper: “Primary care clinicians should consider the impact of any antibiotic use on subsequent antimicrobial resistance and avoid their unnecessary use by following local and national guidance whenever possible.”

In an accompanying editorial, Professor Grant Russell at Monash University in Australia, said: “The findings have important implications for the management of paediatric urinary tract infection in primary care and for clinical decisions that have remained largely unchanged since the 1990s.

“While I have no doubt that clinical practice guidelines will quickly be able to accommodate the findings, I am less confident that there is the will and commitment to deal with what the World Health Organisation has called ‘the post-antibiotic era’.”

NICE advice on tackling antibiotic use

NICE has a range of current and forthcoming guidance and advice to help limit inappropriate use of antibiotics.

In guidance on urinary tract infections in the under-16s, NICE recommends antibiotics should not be prescribed for infants and children with their first infection.

The NICE guideline on antimicrobial stewardship calls for new teams to review prescribing and resistance data frequently and feed this information back to prescribers.

Professor Gillian Leng, Deputy Chief Executive and Health and Social Care Director at NICE, said: “As healthcare professionals, it is important that we play a role in limiting the inappropriate use of antibiotics, especially in cases where the evidence shows that they are ineffective.

“NICE has issued advice that can help with this. Forthcoming guidance also aims to increase awareness, both among the public and healthcare professionals, of the inappropriate use and misuse of antibiotics, and the importance of ensuring the antimicrobials that are currently effective remain so for as long as possible.”

As healthcare professionals, it is important that we play a role in limiting the inappropriate use of antibiotics, especially in cases where the evidence shows that they are ineffective.