It can be used either before or after other treatments have been tried. NICE’s draft guidance looks at palbociclib for people who have not had any treatments for their locally advanced or metastatic breast cancer.

The committee found that palbociclib stalled the growth of the cancer for an extra 10 months on average. The committee concluded that although it was likely that this would result in some improvement in overall survival, this could not be quantified from clinical trials.

Professor Carole Longson MBE, director of the centre for health technology assessment at NICE, said: “The committee needs more evidence of the drug’s impact on overall survival of people with breast cancer. However, even when allowing for these potential benefits, it was still not enough to make palbociclib cost effective at its current price.

“The committee heard from the patient expert that delaying the progression of their cancer for as long as possible and being able to continue with normal activities, including working, is valued very highly by patients and their families.

“It also heard that by postponing disease progression, palbociclib may reduce the number of people who are exposed to the often unpleasant side effects of chemotherapy, and delay the need for such treatment in others.

“Taking the costs into account, the committee concluded that it could not recommend palbociclib for NHS use at present.”

A full course of treatment with palbociclib costs £79,650.

There are around 45,000 new diagnoses of breast cancer each year in England. It is estimated around 5500 people in England would be eligible for treatment with palbociclib.

The draft guidance is open for public consultation until Friday 24 February.

Until final guidance is issued NHS bodies should make decisions locally on the funding of specific treatments. 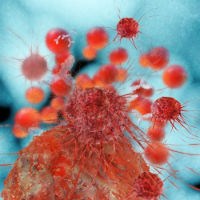 The committee needs more evidence of the drug’s impact on overall survival of people with breast cancer. However, even when allowing for these potential benefits, it was still not enough to make palb