Palbociclib (Ibrance) from Pfizer and (Kisqali) from Norvatis, are recommended for people with hormone receptor (HR) positive, HER2 negative locally advanced or secondary breast cancer.

There around 45,000 new of breast cancer each year in England and it is estimated that around 8,000 of these people would be eligible for treatment with either palbociclib or .

Although there are some uncertainties on how long they extend the life expectancy of people with this type of breast cancer, these promising new drugs were found to stall the growth of for an extra 10 months on average. The committee also discussed other potential benefits, including reducing the need for chemotherapy.

Both drugs are given as a tablet once-daily alongside an aromatase inhibitor, a type of anti-cancer drug that works by blocking the production of , stopping the hormone’s ability to stimulate some breast cancers to grow.

Palbociclib and are the first of a new type of drug that slows cancer by inhibiting two proteins typically called CDK 4 and 6.

Professor Carole Longson director of the for health technology evaluation at NICE, said: “The committee heard that by postponing disease progression, palbociclib and may reduce the number of people who are exposed to the often unpleasant side effects of chemotherapy, and delay the need for its use in others.

“We are pleased therefore that the companies have been able to reductions to the price of palbociclib and to allow them to be made routinely available to people with this type of breast cancer.”

The list price of 1 cycle of both palbociclib and is £2,950, the discounted price that was approved remains confidential. 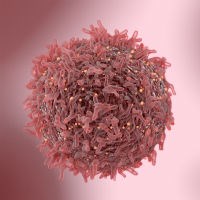 We are pleased therefore that the companies have been able to agree reductions to the price of palbociclib and ribociclib to allow them to be made routinely available.