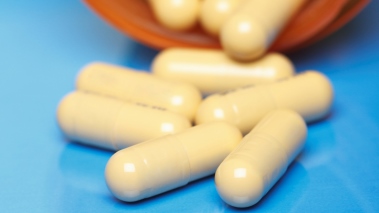 Antibiotics are a vital tool for modern medicine and not just for the treatment of infections, such as pneumonia, meningitis and tuberculosis, but also for preventing infections from occurring during surgical procedures and cancer treatment.

However, the more antibiotics are used the less effective they become. This is because overuse gives resistant bacteria a greater chance to survive and spread.

The problem of antibiotic resistance is compounded by the fact that the discovery of new antibiotics is at an all-time low.

Despite considerable guidance that prescribing rates of antibiotics should be reduced, 9 out of 10 GPs say that they feel pressured to prescribe antibiotics, and 97 per cent of patients who ask for antibiotics are prescribed them.

The first NICE guideline to address this issue recommends that GPs, nurses, pharmacists and dentists promote and monitor the sensible use of antimicrobials – a group of medicines that includes antibiotics.

If successfully implemented, NICE's guidance could help to reduce inappropriate antibiotic prescribing by 22 per cent - accounting for 10 million prescriptions.

The guideline recommends setting up multidisciplinary antimicrobial stewardship teams working across all care settings. These teams should be able to review prescribing and resistance data frequently and feed this information back to prescribers.

They should also be able to work with prescribers to understand the reasons for very high, increasing or very low volumes of antimicrobial prescribing as well as provide feedback and assistance to those who prescribe antimicrobials outside of local guidelines where this is not justified.

Professor Mark Baker, Director of the Centre for Clinical Practice at NICE, said: “Antibiotics are prescribed in circumstances when they are unlikely to do the patient much good. Knowledge amongst GPs is well established that many patients with early or benign infections do not require and will not benefit from antibiotics. The vast majority of GPs will tell patients that.

“I don’t think there is a lot of bad practice in general practice but it is clear that the reduction in antibiotic prescribing that we expected to see when our 2007 guideline on upper respiratory tract infections was published has not happened.

“The rise in inappropriate prescribing comes in the face of successive attempts by NICE and by government to reduce it that simply haven't worked. Some of it is about the pressure put on GPs. Despite that pressure, prescribing an antibiotic when you know it’s unlikely to do the patient much good is not good practice.

“It’s not just prescribers who should be questioned about their attitudes and beliefs about antibiotics”, added Professor Baker. “It’s often patients themselves who, because they don’t understand that their condition will clear up by itself, or that perhaps antimicrobials aren’t effective in treating it, may put pressure on their doctor to prescribe an antibiotic when it is not indicated and they are unlikely to benefit from it.

“The guideline therefore recommends that prescribers take time to discuss with patients the likely nature of their condition, the benefits and harms of immediate antimicrobial prescribing, alternative options such as watchful waiting and/or delayed prescribing and why prescribing an antimicrobial may not be the best option for them – for example, if they have a self-limiting respiratory tract infection.”

Dr Tessa Lewis, GP and Medical Advisor to All Wales Therapeutics and Toxicology Centre and Vice Chair of the Guideline Development Group, said: “This NICE guideline considers the whole area of antimicrobial prescribing. It looks at the evidence and makes recommendations for health and social care practitioners and organisations on the best ways to minimise antimicrobial resistance.”

Antibiotics are prescribed in circumstances when they are unlikely to do the patient much good.

This NICE guideline considers the whole area of antimicrobial prescribing