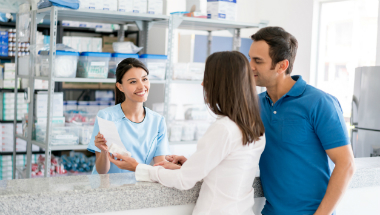 Pembrolizumab (Keytruda) for lung cancer and olaratumab (Lartruvo) for sarcoma are now available on the CDF while more data is gathered on their value.

Changes NICE made to its appraisal process for cancer drugs in April 2016 have allowed more flexibility to recommend drugs which show promise. A new rule has meant that NICE can approve drugs that early studies show are effective but where more data is needed on their long-term benefits.

As part of the changes, NICE is also making recommendations earlier in the drug pipeline meaning patients in England benefit sooner.

Professor Carole Longson, director of the NICE for health technology evaluation said: “With the changes that were made to the CDF, we are issuing guidance earlier than any other country in Europe. With companies working closely with us and NHS England we will continue to deliver on our promise to give people fast access to the most effective cancer drugs.”

The companies that market pembrolizumab and olaratumab have agreed to make them available under special arrangements with NHS England. This will see further data collected whilst the drugs are funded at a discounted price. All prices are confidential.

Both drugs will remain on the CDF until they are reviewed again by NICE.

Pembrolizumab is used to treat advanced lung cancer in people who have specific protein and genetic markers. It was recently recommended by NICE as a second line option for some patients with lung cancer. This new guidance is for those with untreated lung cancer which could see around 1,400 new patients benefiting from this treatment.

Sarcoma is a rare type of cancer that affects tissues of the body that surround body organs. People with advanced sarcoma usually live for 12 to 16 months after standard treatment. In ongoing trials, olaratumab has been shown to give people an extra 11.8 months of life which is unprecedented. Around 450 patients will be eligible for olaratumab.

With the changes that were made to the CDF, we are issuing guidance earlier than any other country in Europe.