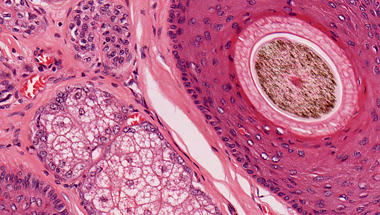 NICE is consulting on a new draft quality standard to improve treatment of head and neck cancer.

Current practice, when scans can’t detect if cancer has spread to the lymph nodes in patients with early oral cavity cancer is to have major surgery to remove them in case it has.

The draft quality standard recommends those patients instead have a biopsy to remove the main lymph gland linked to the cancer to establish if it has spread and if further surgery is needed.

Mr Cyrus Kerawala, consultant maxillofacial/head and neck surgeon at The Royal Marsden Hospital and specialist committee member, said: “Sentinel lymph node biopsy is a simpler procedure lasting an hour or so and only needing an overnight stay in hospital while a neck dissection usually takes 2-3 hours and involves a 4-5 day stay in hospital.

“The procedure also minimises scarring - patients are typically left with only a 2cm scar instead of a 15cm wound. Sentinel lymph node biopsy is a safer procedure with fewer side effects as neck dissection for example risks bruising nerves which can lead to shoulder pain and other difficulties.”

The draft quality standard, which is now open for public consultation, consists of 4 statements:

“The first is about giving the patient the best chance of survival, the second is about better investigations so treatments can be tailored to the patient, the third is about preventing invasive surgery and the fourth increases patient choice.

“By prioritising areas for improvement across the head and neck cancers care pathway, this draft quality standard will help to ensure that people with these diseases get the best possible treatment, wherever they live in England.”

There are more than 30 types of head and neck cancer and approximately 9,200 new cases are diagnosed in England and Wales each year.

Consultation on the draft quality standard for head and neck cancer is open until 14 October 2016.

These four statements are all focused on helping patients become more involved in decisions and improving their care.