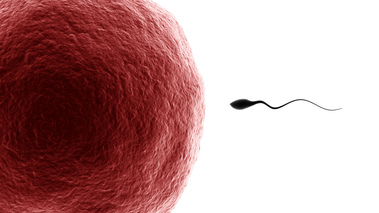 This follows the case of Elizabeth Rose, a 25 year old woman who has suffered from a severe form of Crohn’s disease since she was 14. Her condition had deteriorated and her doctors recommended bone marrow transplantation and chemotherapy to hopefully bring the disease into remission. This treatment can, however, lead to infertility and the early onset of the menopause.

The claimant wished to secure the best chance of having her own genetic children, and sought NHS funding for oocyte cryopreservation before beginning chemotherapy.

In February 2013, NICE updated its clinical guideline on fertility which gave stronger support for the effectiveness of oocyte cryopreservation. NICE recommends that oocyte or embryo cryopreservation is offered as appropriate to women of reproductive age who are preparing for medical treatment for cancer that is likely to make them infertile.

Clinicians at King’s College Hospital Foundation Trust applied for funding for Ms Rose’s treatment but Thanet CCG denied the treatment in May 2013 on the grounds that there was not enough evidence to demonstrate its effectiveness. The cost of the Procedure is £4,050.

The CCG's policy was not to grant funding for the procedure unless the applicant has any exceptional clinical circumstances. The CCG considered that the claimant's circumstances were broadly in line with the group of similar patients addressed by the policy and that no exceptionality had been established. Consequently, the CCG refused funding in June 2013.

Despite this, the court ruled that the CCG was under an obligation in public law to have regard for the NICE guidance and to provide clear reasons for any general policy that does not follow NICE guidance.

The issue in this case was whether CCGs may legitimately disagree with NICE on matters concerning the current state of medical science. It was NICE's view that the evidence base supported the effectiveness of the procedure, and the CCG's sole basis for not following NICE's recommendation was that it disagreed.

Previous case law from 1997 (R v North Derbyshire Health Authority, ex parte Fisher) had found that a decision not to follow national policy in the form of guidance from the Secretary of State was only lawful if there was some 'special factor' which 'exceptionally justified departure'. Disagreement with the policy was not enough. The court applied this judgment to the present case and found that no basis or reasoning on grounds of exceptionality was put forward by the CCG.

The judge, Justice Jay, pointed out that the CCG could have found other reasons, on the basis of exceptionality, for not following the guidance. It had not done so and mere disagreement was insufficient. The policy was therefore unlawful.

Thanet CCG has said that they will consider the full written judgement carefully and will work closely with NHS England in doing so. If necessary we will review our policy on the freezing of eggs.

Sir Andrew Dillon, Chief Executive of NICE, said: “This court ruling highlights that CCGs cannot simply ignore NICE guidelines without having a clear clinical case for doing so. NICE guidelines are based on the best available evidence. Our fertility guideline was recently updated and provides clear support for the use of oocyte cryopreservation.”

NICE guidelines are based on the best available evidence"