Healthcare staff should be aware of this and ensure that only people with a true allergy to penicillin are documented as such, NICE is urging.

Incorrectly identifying people as allergic could also contribute to antimicrobial resistance, as these people are likely to instead be given broad-spectrum antibiotics.

The warning comes in a new medicines evidence commentary (MEC) on research conducted in the UK and published in the BMJ in June 2018.

The study highlights previous evidence that around 10% of the UK population has a penicillin allergy documented in their clinical notes, but that only around 5% of these people actually have a ‘true’ penicillin allergy.

The study measured the rates of MRSA and C difficile in people who are, correctly or not, documented as having a penicillin allergy.

Those people are almost 70% more likely to develop MRSA – the bacteria often referred to as a "hospital superbug".

They are also around 25% more likely to develop C difficile, a bacteria that generally causes diarrhoea, according to a 2018 study of nearly 300,000 patient records.

The findings outline the need for healthcare staff to check that only bona fide penicillin allergies are recorded, in line with NICE recommendations on suspected allergy to Beta‑lactam antibiotics, which form part of NICE guideline ‘Drug allergy: diagnosis and management’.

Prof Gillian Leng, deputy chief executive of NICE said: “Lots of people think they are allergic to penicillin because it gave them a rash when they were a child, their mum or dad told them they were allergic and it has stayed in their notes for decades. That is a very different thing to having a true penicillin allergy, which can result in a life-threatening anaphylactic reaction.

“If healthcare staff use NICE guidance to distinguish properly between the two, that could help stop the spread of both MRSA and antimicrobial resistance.”

For more MECs from NICE, sign up to the medicines awareness service email. 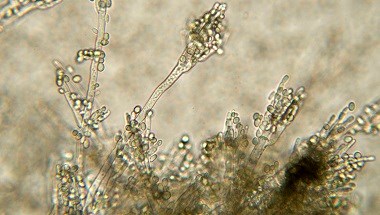