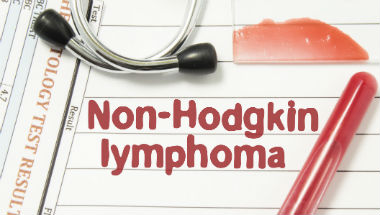 NICE has invited comments and further evidence on a new treatment for aggressive subtypes of non-Hodgkin lymphoma called diffuse large B-cell lymphoma and primary mediastinal B-cell lymphoma that could lead to it being made available for use on the NHS.

NICE’s draft guidance, published today (28 August), recommends against the use of axicabtagene ciloleucel, also called Yescarta and made by Kite Pharma, in England.

The committee concluded the cost-effectiveness estimates for axicabtagene ciloleucel compared with salvage chemotherapy (the treatment currently used for people whose disease has returned or not improved after 2 or more courses of chemotherapy) were above £50,000 per year of quality adjusted life (QALY) gained, the upper limit of the specially extended range of cost-effectiveness for cancer treatments. The cost is therefore too high for it to be considered a cost-effective use of NHS resources.

Axicabtagene ciloleucel is the first of a new line of chimeric antigen receptor T-Cell (CAR-T) therapies which are specifically manufactured for each individual patient. It involves taking some of the patient’s own white blood cells which are then reengineered in a laboratory so they can recognise and attack cancer cells before being infused back into the patient.

Meindert Boysen, director of the centre for health technology evaluation at NICE, said: “CAR-T is an exciting innovation in very difficult to treat cancers, with a promise of cure for some patients.

“We have been working with the companies involved, and with NHS England, with the aim of ensuring that patients in England are among the first to have access to these new treatments in Europe.

“Although promising, there is still much more we need to know about CAR-T, and unfortunately, in this case, we are not able to recommend axicabtagene ciloleucel for use in the NHS in England at the cost per patient set by Kite Pharma.”

At present there is no standard treatment for the approximately 4800 people diagnosed with these types of lymphoma each year in the UK that improves their chance of survival.

NICE’s independent appraisal committee recognised axicabtagene ciloleuce represents a step-change in treatment but also noted that the side effects associated with this new therapy will need careful management.

Making axicabtagene ciloleucel available via the Cancer Drugs Fund (CDF) was also considered by the committee. However, they concluded that currently it does not have the plausible potential to be cost effective, which would be necessary for it to take advantage of the funding available in the CDF while further evidence of its longer-term benefits is collected.

The consultation period for the draft guidance runs until 18 September 2018.

We have been working with the companies involved, and with NHS England, with the aim of ensuring that patients in England are among the first to have access to these new treatments in Europe.