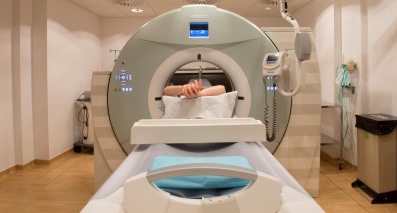 Around 300,000 people were diagnosed with cancer in England and Wales in 2011. The best way of tackling the disease is for patients to receive an early diagnosis, as this improves the chances of beating cancer. If cancer is caught at an early stage before the disease has spread treatment is more likely to be successful.

Yet not enough is currently being done in England to identify cancer and treat it an early stage. Up to 10,000 people in England could be dying each year due to late diagnoses, according to research.

Reasons why cancer diagnoses may be missed include that many different types of cancer exist, each with different symptoms, and that patients present at primary care with symptoms that are non-specific.

For example, many people who smoke may have a cough associated with chronic lung disease, but the same people may dismiss those symptoms as normal for them.

Signs of cancer may also not be clear or obvious and GPs see, on average, only around eight new cases a year. A full time GP will have between 6,000-8,000 appointments every year. And they will only have around 10 minutes per appointment to pick out warning signs that could be cancer, but equally may be a symptom of a less serious condition.

To help GPs ensure they are making prompt and accurate diagnoses, NICE is updating its guideline to include a number of tables which link symptoms to the cancers they are associated with.

For example, if a patient is over 50 and presents with unexplained rectal bleeding, NICE says that this could be linked to colorectal cancer and sets out a recommendation for referral.

Rectal examination findings - an example table from the draft guideline

The guideline also sets out the timeframe for which referral patients should be referred to a specialist. This ranges from 48 hours to 2 weeks, depending on urgency.

NICE recommends considering a review for people with any symptom that is associated with an increased risk of cancer, but who do not meet criteria for referral or other investigative action.

This review may be planned within a time frame agreed with the person, or patient-initiated if their symptoms recur, persist or worsen, or new symptoms develop or the person continues to be concerned.

“It is not always easy for GPs to spot cancer,” said Professor Mark Baker, Director of Clinical Practice at NICE.

“There are more than 200 different types of the disease so it is unrealistic to expect them to know every single sign and symptom of each one, especially when they only see a handful of new cases a year.

“Research carried out in general practice in recent years gives us better evidence about which signs and symptoms best predict cancer, and all this is captured in our updated guidance.”

Professor Baker added: “We are updating our guideline to make things as simple as possible for GPs to consider the possibility of cancer and refer people to the right service at the right time.

“Early referral and diagnosis can help save lives.”

Sara Hiom, Director of Early Diagnosis at Cancer Research UK, said: “We’re pleased that NICE is updating its guidelines to make it easier for GPs to refer patients with worrying symptoms for further tests. This means more cancers should be diagnosed as early as possible when treatment is most likely to be effective.”

She added: “We look forward to working with NICE, GPs and the government to make earlier diagnosis of cancer a reality. This will help us realise our ambition to see three-quarters of people surviving the disease within the next 20 years.”

Public consultation on the draft guideline will run until Friday 9 January 2015.

All relevant patient groups and organisations, including local Clinical Commissioning Groups (CCGs) and other GP-led bodies, are encouraged to register an interest in the guideline and submit comments via the NICE website during this consultation period.

Early referral and diagnosis can help save lives.

We’re pleased that NICE is updating its guidelines to make it easier for GPs to refer patients with worrying symptoms for further tests.