Kadcyla is currently being funded through the Cancer Drugs Fund (CDF). The new agreement means if there are no appeals against the new draft guidance, the drug will move out of the CDF into routine NHS funding later this summer. This will mean eligible patients will no longer have to apply for funding and the drug will be paid for in the normal way.

Alongside the offer from Roche to reduce the cost to the NHS, another important factor in the decision to recommend the drug was the committee’s agreement that it was appropriate to compare Kadcyla with Herceptin plus capecitabine. NICE had previously compared Kadcyla’s efficacy against a different combination of treatments.This change was made because Herceptin plus capecitabine is now considered standard treatment for people with advanced breast cancer.

Based on the clinical and cost effectiveness analysis using this comparator, incorporating the new commercial access agreement and applying end-of-life criteria, the drug now comes within the range considered to be a cost-effective use of NHS resources.

Professor Carole Longson MBE, director of the centre for health technology evaluation at NICE, said: “The committee acknowledged the comments received from patients during the consultation on the draft recommendations for trastuzumab emtansine, in particular that 115,000 people had signed a Breast Cancer Now petition urging NICE and the company to ensure that it remains available.

“We are therefore very pleased that the company and NHS England have been able to agree a deal that will achieve this. Since we started reassessing the drugs available through the Cancer Drugs Fund, companies have responded positively and shown that they can offer good deals when it comes to pricing. This has meant that we have been able to recommend these drugs for routine funding, which is clearly very good news for both patients and the NHS.”

NICE is appraising 24 drugs available in the CDF and of the drugs considered so far, all 17 have been approved for routine use. In each case manufacturers have reduced the price of the drugs to the NHS.

Final guidance on Kadcyla is due next month and 1200 people with HER2-positive, unresectable, metastatic breast cancer would then be eligible to receive trastuzumab emtansine routinely. Until then it remains available through the CDF.

Trastuzumab emtansine, which costs around £90,000 per patient at its full list price, is licensed to treat HER2-positive breast cancer which has spread to other parts of the body, cannot be surgically removed and has stopped responding to initial treatment. 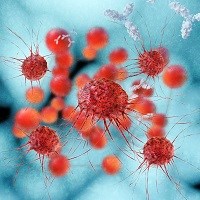 The committee acknowledged the comments received from patients during the consultation on the draft recommendations for trastuzumab emtansine, in particular that 115,000 people had signed a Breast Can