The drug, which costs around £90,000 per patient at its full list price, is licensed to treat HER2-positive breast cancer which has spread to other parts of the body, cannot be surgically removed and has stopped responding to initial treatment.

Around 1,200 people with HER2-positive, unresectable, metastatic breast cancer would be eligible to receive Kadcyla if it were to be recommended.

Professor Carole Longson MBE, director of the centre for health technology evaluation at NICE, said: “We know that people with cancer place great importance on drugs that can increase their life expectancy. For that reason we apply as much flexibility as we can when we look at new life-extending treatments. But the reality is that the price of Kadcyla is currently too high in relation to the benefits it gives for it to be recommended for routine commissioning in the NHS, even taking into account the end‑of‑life criteria and the patient access scheme.”

“This is not our final recommendation for Kadcyla. The draft guidance has been published for consultation so I would urge consultees, including the company, healthcare professionals and members of the public, to submit their comments on the preliminary recommendation so that the committee can consider them at its meeting in February.”

The appraisal committee looked at new data showing people taking Kadcyla could live up to 9 months longer than those taking the alternative, lapatinib plus capecitabine.

It also considered a new cost-effectiveness analysis that used a revised patient access scheme which would have involved the NHS paying the list price for the first 14 months of treatment for each patient, after which the company would rebate the cost of any subsequent treatment.

However, even with the patient access scheme offered by the company, the committee concluded that Kadcyla is too expensive in relation to the benefits it gives.

Consultation on the draft guidance is open until 20 January 2017. Kadcyla will continue to be available through the Cancer Drugs Fund while the NICE appraisal is ongoing. 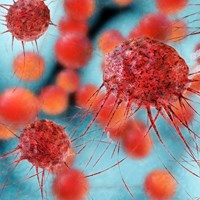 This is not our final recommendation for Kadcyla. The draft guidance has been published for consultation so I would urge consultees....to submit their comments on the preliminary recommendation