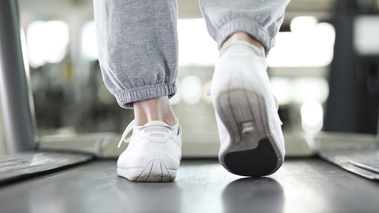 By 2025, around 23 per cent of the UK population will be aged 65 and over. However, although we are living longer, these years are not always spent in good health. It is estimated that men will face around 8 years of ill health, and a further 7 years with a disability, towards the end of their lives. On average women will have 9 years both of ill health and living with disability.

Mid-life can bring great change to people’s lives: retirement, children leaving home and for some, the beginning of the symptoms of ill health. It is commonly thought that physical decline is an inevitable part of growing older, but this is not necessarily the case.   Changes in the way we live in mid-life can bring real benefits, delaying or even preventing dementia, disability and frailty in later life.

Latest guidance from NICE recommends that commissioners, managers and practitioners with public health as part of their remit, working in the public, private and third sector should continue to develop and support population-level initiatives to reduce the risk of dementia, disability and frailty.

Professor John Britton, professor of epidemiology, University of Nottingham and guideline development group chair said: "It is well known that smoking, too much alcohol, inactivity and being overweight is bad for our health, but many people don't realise that these things can also increase the likelihood of developing dementia and other causes of poor quality of life in older age.

“The evidence we looked at suggested that people can prevent these outcomes by making simple changes in life -- stopping smoking, cutting alcohol, being more active and losing weight.  Even small but regular changes - such as climbing the stairs instead of using an escalator - can have significant effects. So, it’s important for individuals to take control of changing some of these behaviours, but it’s also important that local and national government, health services and other stakeholders do their bit to make it as easy as possible for people to make these choices."

Robin Ireland, chief executive of Health Equalities Group, and guideline developer said: “Today, it is quite often easier for people to have an unhealthy lifestyle; our environment and infrastructure facilitates this by making it a lot easier to buy cheaper processed foods or to drive rather than walk or cycle.

“This needs to change. Enabling people to make small alterations will have an impact – both on their current physical health and their physical and mental health in later life. But it needs to be easier for people to be physically active and have a healthy diet - the simple choice shouldn’t be to get into the car or buy a takeaway. The risk of developing dementia, disability and frailty can be reduced – even small changes have quite a big effect.”