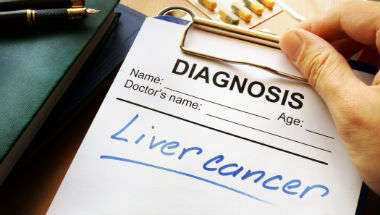 A life-extending treatment for some adults with advanced liver cancer has been recommended for use on the NHS by NICE after a rapid review of guidance published earlier in the year.

The drug regorafenib (also called Stivarga and made by Bayer) can now be offered to people with advanced liver cancer if their liver is working well but the diseased area cannot be surgically treated and if they have already taken the life-extending medicine sorafenib.

People must also have an Eastern Cooperative Oncology Group (ECOG) performance status of 0 or 1, which means they are fully active and able to carry out normal activities of daily life without restriction, or they are restricted in physically strenuous activity but able to carry out work of a light or sedentary nature.

Meindert Boysen, director for the NICE Centre for Health Technology Evaluation, said: “Regorafenib is an important treatment option to extend the lives of people with previously treated advanced hepatocellular carcinoma after they’ve already been prescribed sorafenib.

“We are pleased that the company has responded by seeking a rapid review of our original guidance and offered a price that allows us to conclude that the drug is cost-effective for routine use on the NHS in England and Wales.”

Judi Rhys, chief executive of the British Liver Trust, said: "Hepatocellular carcinoma (HCC) is the most common form of liver cancer. It is particularly aggressive with the 5-year survival rate being on average only 12% and a diagnosis is therefore devastating for the patient and their families.

“There are also very few effective treatments so the decision to approve regorafenib for routine use in England and Wales is a welcome step forward.  Access to the drug will potentially provide patients with valuable extra time with their loved ones.”

Regorafenib will benefit a few hundred patients each year after the positive recommendation made by NICE’s independent appraisal committee.

When NICE was first asked to look at the drug in March 2018, the most plausible cost-effectiveness estimates were higher than those NICE normally considers an acceptable use of NHS resources for end-of-life treatments and therefore it was not recommended.

However, after considering a new commercial arrangement which makes regorafenib available to the NHS with a confidential discount, NICE has concluded the drug now meets its criteria for being a cost-effective end of life treatment.

The drug works by slowing down the growth and spread of cancer cells by cutting off the blood supply that keeps cancer cells growing.

Clinical trial evidence from people who have liver cancer that has been treated with sorafenib, and who have good performance status and less severe liver impairment shows that people having regorafenib live longer than people having best supportive care.

According to the British Liver Trust, in the UK there are more than 5,500 new cases of primary liver cancer diagnosed each year, which is around 15 patients each day.

It is more common in men than in women. The risk of developing liver cancer gets higher as we get older.

Regorafenib is an important treatment option to extend the lives of people with previously treated advanced hepatocellular carcinoma after they’ve already been prescribed sorafenib.

There are also very few effective treatments so the decision to approve regorafenib for routine use in England and Wales is a welcome step forward.