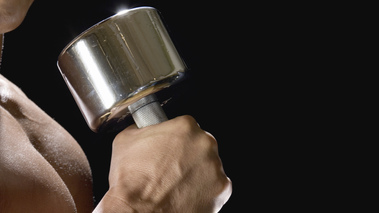 This has long been considered a “grey area” for needle and syringe services around England that are traditionally geared up to help hard drug users, such as those who use heroin or crack.

Conservative estimates suggest almost 60,000 people aged between 16 and 59 in England and Wales have used anabolic steroids in the last year.

But many needle and syringe programmes have reported an increase in the number of steroid users, particularly among men aged 18-25, presenting in the last few years, fuelled by the increasing pressures to look good.

Research shows that people who inject image and performance enhancing drugs are at an increased risk of blood-borne viruses and bacterial infections - 1.5% have tested positive for HIV. Public Health England has warned that men who inject anabolic steroids are also at greater risk of developing viral hepatitis.

Needle and syringe programmes aim to stop people sharing potentially contaminated injecting equipment by providing them with sterile needles, syringes and other equipment. They have successfully helped to limit the spread of infectious blood-borne diseases such as HIV and Hepatitis B and C.

In updated guidance, NICE recommends that commissioners and providers of needle and syringe programmes ensure services provide users of image or performance enhancing drugs with the equipment they need.

Services should be provided at times and in places that meet their needs, such as in gyms or outside normal working hours, and by properly trained staff.

The guidance also recommends that organisations develop local, area-wide policies to provide services that meet the needs of young people aged under 18, including young people under 16, who inject drugs.

David Rourke, Harm Reduction Lead for CRI's Arundel Street Project - a needle and syringe programme in Sheffield, said: “We run a weekly clinic for steroid users but we have people coming through the door on a daily basis, with at least seven new clients a week.

“We know there are many more people out there who are not using needle and syringe programmes because this group of users do not see themselves as drug users. Traditionally they are more sexually active than users of heroin or crack, so there is more potential for the spread of infections through sex.

“This guideline gives front-line workers clear recommendations on how to support image and performance enhancing drug users. Up to now this has been a grey area; services around the country have been patchy to say the least.”

Professor Mike Kelly, Director of the NICE Centre for Public Health, said: “Needle and syringe programmes have been a huge success story in the UK, they are credited with helping stem the AIDS epidemic in the ‘80s and ‘90s. However, we are now seeing a completely different group of people injecting drugs. They do not see themselves as ‘drug addicts'; quite the contrary, they consider themselves to be fit and healthy people who take pride in their appearance.

“Since we last published our guideline on needle and syringe programmes in 2009, we've seen an increase in the use of image and performance enhancing drugs such as anabolic steroids.

“We've also heard anecdotal evidence that more teenagers are injecting these image and performance enhancing drugs too. We're updating our guideline to make sure all of these groups of people are considered in the planning and delivery of needle and syringe programmes.”

Dr Fortune Ncube, Consultant Epidemiologist and Head of Blood-borne Virus Section HIV & STI Department, at the Public Health England National Centre for Infectious Disease Surveillance and Control (CIDSC), said: “Anyone who injects drugs is at risk of HIV and other blood-borne viruses, regardless of the substance they inject.

“Our recent research suggests that levels of HIV and hepatitis infection among men using image and performance enhancing drugs have increased since the 1990s.

“We must maintain and strengthen public health interventions focused on reducing injection-related risk behaviours to prevent HIV and hepatitis infections in this group. This includes ensuring easy access for those who inject image and performance enhancing drugs to voluntary confidential testing services for HIV and hepatitis and vaccination against hepatitis B, as well as to appropriate sterile injecting equipment through needle and syringe programmes.”