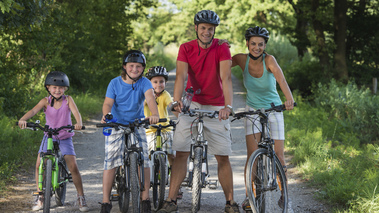 The advice comes from NICE’s three new quality standards, which together aim to encourage healthier lifestyles and reduce the economic and health burden of long-term illness.

The standards on tackling physical activity, preventing harmful alcohol use, and cutting smoking, provide advice to the NHS and local authorities on ways of improving the health of their communities.

Leading an active lifestyle has benefits outside of maintaining a healthy weight. It can help improve cardiovascular health, reduce excess weight in adults and children, and improve mental health.

However, more than a quarter of women and nearly a fifth of men are classed as inactive, and physical inactivity leads to around 37,000 early deaths in England alone.

A new report from the government’s Health Committee states there needs to be a far greater emphasis on the benefits of physical activity. The report highlights the range of evidence-based NICE guidance and quality standards that can be used to increase activity, and calls for greater use of these products.

The report recommends that the next government shows its commitment to improvements in this area by auditing progress against NICE quality standards in the areas of diet and physical activity across the country to allow benchmarking and drive progress.

Make a habit of being active

Among these are that parents of children are given advice about physical activity during their child’s Healthy Child Programme 2-year review. NICE says that it is important to establish being physically active from an early age, and that the programme provides a good opportunity to offer advice.

A further statement calls for parents or carers of children to be given advice about physical activity as part of the National Child Measurement Programme (NCMP).

The NCMP is delivered by all local authorities across England to assess the levels of overweight and obesity in primary schools, and therefore provides a good opportunity to give parents advice about physical activity.

Other statements cover the NHS Health Check for adults, and that NHS organisations encourage and support employees to be more physically active.

Make ‘no smoking’ the norm

Smoking is the main cause of illness and preventable death. It led to 80,000 deaths in adults aged over 35 in 2013, and is the main reason for the gap in healthy life expectancy between rich and poor.

NICE’s new quality standard on smoking suggests that schools and colleges have an important role in helping children and young people to understand the harm associated with tobacco products.

It states schools and colleges deliver combined interventions to stop children and young people taking up smoking by improving their social competence and awareness of social influences.

Another statement says schools and colleges should not allow smoking anywhere in their grounds and remove any areas previously designated for smoking.

The quality standard also calls for healthcare services to use contracts that do not allow employees to smoke during working hours or when recognisable as an employee.

This is because healthcare services should set an example to the wider community and ensure that ‘no smoking’ is the norm.

Educate young people about the dangers of alcohol

Alcohol misuse is one of the biggest risk factors for increased disease and death. In 2012/13, there were estimated to be more than 1 million hospital admissions due to alcohol-related diseases.

It can lead to long-term problems such as liver problems, cardiovascular disease and mental health disorders, and costs the UK more than £21 billion per year through crime, lost productivity and its impact on the NHS.

Among these are that schools and colleges include alcohol education as part of the curriculum to increase knowledge about its use and effects.

Other statements cover targeting establishments that serve alcohol to those underage, and using local crime and related trauma data to help develop or review licensing policy.

Professor Gillian Leng, Deputy Chief Executive at NICE, said: “In England smoking, excessive drinking and physical inactivity cause too many deaths and too much disease. They cost taxpayers, through the NHS, over £7 billion every year.

“There are areas where we can make improvements. We can help the NHS and local authorities to take action in their local area and educate younger people so that healthy choices become a life-long habit.

“These new quality standards include interventions to help people of all ages so we can continue to improve the health of the nation.”

We can help the NHS and local authorities to take action in their local area and educate younger people so that healthy choices become a life-long habit.