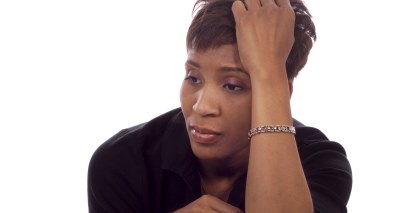 In an update to the 2006 guideline, NICE recommends that carers of people with bipolar disorder are offered an assessment, provided by mental health services, of their own needs and discuss with them their strengths and views.

Healthcare professionals should, as early as possible, negotiate with the person with bipolar disorder and their carers about how information about the person will be shared.

They should emphasise the importance of sharing information about risks and the need for carers to understand the person’s perspective, foster a collaborative approach that supports both people with bipolar disorder and their carers, and respects their individual needs and interdependence.

The updated guidance focuses on recognising, assessing and managing bipolar disorder in children, young people and adults. It also includes specific recommendations for diagnosis of children and young people – this is a particularly important group as they may have another condition alongside bipolar disorder, such as ADHD.

Adults with bipolar depression should be offered a psychological intervention that has been developed specifically for bipolar disorder and has a published evidence-based manual describing how it should be delivered or a high-intensity psychological intervention, such as cognitive behavioural therapy, interpersonal therapy or behavioural couples therapy.

Other recommendations include offering fluoxetine combined with olanzapine, or quetiapine on its own, for people who develop moderate or severe bipolar depression and are not already taking a drug to treat their bipolar disorder.

Professor Mark Baker, Centre for Clinical Practice director, NICE, said: “Since the publication of the previous NICE guideline in 2006, there have been some important advances in what we know about which treatment approaches are most likely to benefit people with bipolar disorder.

“The guideline has been updated to reflect this new knowledge and sets out the criteria for when patients need to be referred on for specialist psychiatric assessment and treatment. It also sets out the drug treatment options for people with bipolar disorder and emphasises the need to involve the individual patient in treatment decisions.

“The majority of people with the disorder begin to experience symptoms in their teens; however it often goes unrecognised or misdiagnosed for many years. More needs to be done to raise awareness of the condition. This guideline provides information for young people, parents, carers and professionals on the signs to look out for to recognise the condition early and treat it appropriately.”

Professor Richard Morriss, a consultant psychiatrist and chair of the group that developed the guideline, said: “Bipolar disorder is more common than is often thought, with 1.4% of the population affected at some point in their lifetime. However, there are effective treatments available and if it is recognised early, through continuing treatment and care, people with bipolar disorder can lead relatively normal and fulfilling lives.

“There have been many developments since the original recommendations were published – we now know more about drug and psychological treatments and their service delivery in adults and adolescents. We have also highlighted the support offered to carers as a key priority in the new guideline and what can be done to improve the physical and mental health of people with bipolar disorder.”

Since the previous NICE guideline in 2006, there have been some important advances in what we know about which treatment approaches are most likely to benefit people with bipolar disorder