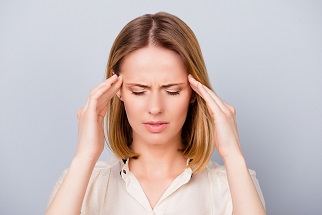 The guidance looks at erenumab (also called Aimovig and made by Novartis) for preventing chronic and episodic migraine in adults who have 4 episodes or more of migraine every month and where at least 3 other preventive treatments haven’t worked.

Costing around £5,000 per year (not including a confidential price discount which would have applied if NICE had recommended the drug) erenumab is the first treatment to target the process by which proteins cause blood vessels in the brain to swell, leading to the symptoms of migraine.

Erenumab is given as an injection administered by patients themselves.

The evidence shows that erenumab is a clinically effective treatment. However, the committee concluded that the clinical trial evidence for the drug doesn’t fully reflect patients seen in the NHS and nor does it include all the relevant comparisons with other drugs and outcomes. Because of this the cost-effectiveness estimates for erenumab are higher than what NICE usually considers to be acceptable when there is substantial uncertainty in the evidence.

Meindert Boysen, director of the Centre for Health Technology Evaluation at NICE, said: “Migraine is a debilitating condition that significantly affects quality of life and the committee heard from patient experts that well-tolerated treatments are needed. It’s therefore disappointing that we’ve not been able to make a positive recommendation for erenumab.

“Erenumab is a promising new preventive treatment for migraine that has been shown to be clinically effective compared with best supportive care. However, there was not enough evidence to suggest that it is more effective than botulinum toxin type A for people with chronic migraine, which NICE already recommends. And for both the chronic and episodic migraine populations there was no evidence to show that erenumab is effective in the long-term in people for whom 3 previous preventive treatments had failed.

“We will work with the company to ensure that they are given every opportunity to address the issues highlighted in these provisional recommendations.”

It is estimated that there are 190,000 migraine attacks experienced every day in England with women more likely to experience one than men (5-25% versus 2-10% respectively).

Treatments aim to reduce how often migraines happen, how bad they are or how long they last, and improve the person’s quality of life. Current treatments for preventing migraine include drugs that are used for treating other conditions, such as beta-blockers, antidepressants and epilepsy medicines. The patient experts explained that these treatments can have significant side-effects and don’t work for some people.

Usually at least 3 oral preventive treatments will be tried before more specialist treatment is considered. For people with chronic migraine for whom at least 3 previous preventive oral treatments have failed, NICE has recommended botulinum toxin type A (NICE technology appraisal guidance 260) as an option.

The closing date for comments on the draft recommendations is 31 January 2019.

We will work with the company to ensure that they are given every opportunity to address the issues highlighted in these provisional recommendations.