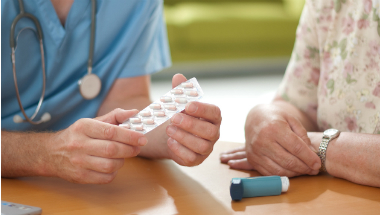 The draft guidance, now out for public consultation, calls for a change in how medicines are offered, a move NICE says could save the NHS millions of pounds.

According to Asthma the NHS spends around £1 billion a year treating and caring for people with asthma. And around 4.5 million people in England are receiving treatment for the condition.

NICE has said people should get a 7 pence a day tablet earlier than current practice. It estimates that every 10,000 people who take up the new recommendation could save £3 million a year.

Professor Mark Baker, director of the NICE for guidelines said: “With this new guideline we want to give clear guidance on how health professionals can help people take control of their symptoms so they can live life to the fullest.

“We also need to make the best use of NHS resources and our guidance is the first to set out what the most clinical and cost-effective options for treating asthma are.”

Asthma happens when an environmental trigger causes the airways in the lungs to narrow. Symptoms include breathlessness, coughing, wheezing and tightness in the chest. 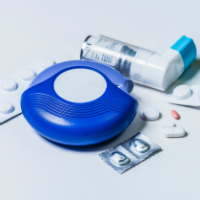 Once diagnosed, most people are offered a reliever inhaler to use whenever they have symptoms. Then a preventer inhaler if their symptoms occur too often.

If symptoms continue for more than three days in a week or keep them awake at night, current practice is to give people another inhaler that combines two medicines.

The evidence for combination inhalers and LTRAs shows that they are both clinically effective. Due to its lower price, NICE’s independent guideline committee said that LTRA was significantly more cost-effective and would be better value for money for the NHS.

Adults and young people can still move on to combination inhalers if LTRAs do not work for them. NICE says to refer children to a specialist at this stage. Anyone already using a combination inhaler will not need to switch if it is working well for them.

The draft guideline also describes how health professionals should help people self-manage. It recommends they offer people a written plan with details of their triggers, how to adjust medicines and when to seek help.

It also says when to consider reducing treatment and how health professionals should work with people to make sure they are seen regularly.

Our guidance is the first to set out what the most clinical and cost-effective options for treating asthma are.