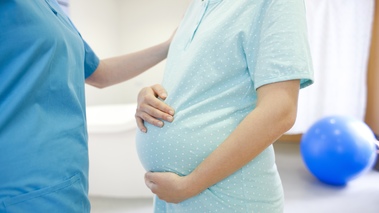 Updated guidelines on diabetes in pregnancy lower the fasting plasma glucose thresholds for diagnosis, and include new recommendations on self-management for women with type 1 diabetes.

Around 35,000 women have either pre-existing or gestational diabetes each year in England and Wales.

Nearly 90 per cent of the women who have diabetes during pregnancy, have gestational diabetes, which may or may not resolve after pregnancy. Rates have increased in recent years to due rising obesity rates among the general population, and increasing number of pregnancies among older women.

Of the women with diabetes in pregnancy who do not have gestational diabetes, 7.5 per cent of women have type 1 diabetes, and the remainder have type 2 diabetes, both of which have also increased recently.

Following a number of developments, such as new technologies and research on diagnosis and treatment of gestational diabetes, NICE has updated its guidelines on diabetes in pregnancy.

NICE recommends that GPs, midwives and other primary care professionals should advise pregnant women with any form of diabetes to maintain their capillary plasma glucose below certain target levels, if these are achievable without causing problematic hypoglycaemia.

NICE says these women should be offered lifestyle advice that includes weight control, diet and exercise, and a fasting plasma glucose test 6–13 weeks after the birth to exclude diabetes.

NICE recommends that a 75 g 2-hour oral glucose tolerance tests (OGTT) should not be routinely offered for women who were diagnosed with gestational diabetes and whose blood glucose levels returned to normal after birth.

In addition, women were diagnosed with gestational diabetes who have a negative postnatal test for diabetes should be offered an annual HbA1c test.

Elsewhere NICE recommends that women with type 1 diabetes who are planning to become pregnant should be offered blood ketone testing strips and a meter. Women should be advised to test for ketonaemia if they become hyperglycaemic or unwell.

While prescribing ketone testing strips and the cost of additional HBA1c tests may lead to additional costs, NICE says these could be offset by potential savings and benefits such as reduced complications during pregnancy and labour, a reduction in GP and outpatient appointments prior to diagnosis, and improved care for mother and baby.