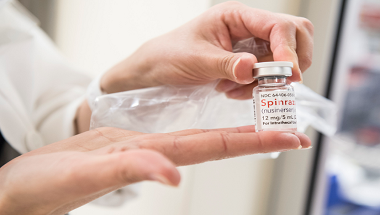 The review, involving Biogen, patient groups, clinicians, SMA REACH UK and NHS England and NHS Improvement, assessed whether new evidence that had become available would support a change in the MAA treatment eligibility criteria. Specifically, it looked at whether people with type III SMA who are unable to walk can benefit from nusinersen and therefore should be included in the MAA.

The MAA is a special arrangement between NHS England and NHS Improvement and Biogen. It allows patients to access treatment with nusinersen while at the same time collecting data on its impact in groups where additional evidence is required to address the uncertainties identified by the independent NICE appraisal committee in its original assessment of nusinersen. The MAA is also designed to address the financial risk and challenges for implementation in the NHS. It is not routine commissioning of nusinersen in line with its marketing authorisation.

Meindert Boysen, deputy chief executive and director of the Centre for Health Technology Assessment at NICE, said: “There are people with SMA who are not able to access treatment with nusinersen under the terms of the MAA which began in July 2019.

“At the time we made a commitment that we would review new evidence on the potential benefits of nusinersen for type III SMA patients who are not currently receiving it. We are therefore pleased that the review has concluded that it is appropriate to extend the clinical eligibility criteria to allow access to nusinersen for type III SMA patients who aren’t able to walk. It will also allow the removal of the rule which meant that patients who had lost the ability to walk needed to regain that ability within 12 months of treatment in order to be eligible for further treatment.”

Samuel Cooper, Head of Rare Diseases Business Unit at ‎Biogen UK and Ireland, said: “Biogen is delighted by this decision for non-ambulant type III SMA patients who previously had no therapeutic options available. Biogen remains fully committed to supporting NHS England to ensure this positive decision translates into services for all eligible patients, enabling access to nusinersen, without delay.”

John Stewart, National Director of Specialised Commissioning, said: “It is fantastic news that the NHS is now able to offer many more patients this potentially life changing treatment - the first of its kind to tackle the causes of spinal muscular atrophy.

“This follows another recent breakthrough for babies and children living with  type I SMA after the NHS struck a deal for Zolgensma, the ‘world’s most expensive drug’, making it available for patients at a fair price for taxpayers.”

Service capacity to deliver nusinersen to this wider NHS patient cohort is being developed and will expand further as COVID restrictions on social distancing ease. NHS centres will be in touch with patients as this medicine is rolled out further.