The workshop was held so that stakeholders, including patient groups for people with ME/CFS and their carers, could help NICE identify at an early stage the issues they consider most important for the development of the new guideline. 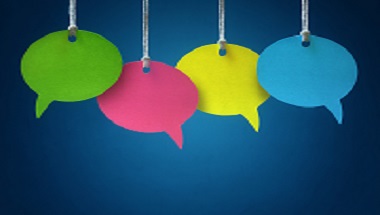 NICE has also confirmed the next steps in the development of the new guideline, starting with a further workshop with stakeholder organisations on 25 May to discuss the scope of the guideline. Stakeholders will then have the opportunity to comment on the draft scope between 21 June and 19 July. This will coincide with recruitment to the independent guideline committee, which will also begin on 21 June with adverts posted on the NICE website.

Professor Mark Baker, director of the NICE centre for guidelines, said: “We wanted to get the views and insights of as many people as possible who are affected, either directly or indirectly, by ME/CFS to make sure we understand the issues that are important to them.

“The clear message from the workshop was the need to ensure the new guideline properly addresses and resolves the continuing debate about the best approach to treating people with this condition. It also confirmed our intention to ensure robust representation of people with ME/CFS, or their carers, on the independent committee that will develop the guideline.

Once recruited, the committee will review a wide range of evidence and develop recommendations, based on the agreed scope of the guideline.

ME/CFS is a relatively common condition affecting around 190,000 people in the UK. It comprises a range of symptoms that includes fatigue, headaches, sleep disturbances, difficulty concentrating and muscle pain.

It can cause prolonged illness and disability and although some people have relatively mild symptoms and can still manage daily activities with additional rest, others have a more serious form of the illness that severely affects their everyday lives and can leave them housebound. The pattern of a person’s symptoms, and their severity, can vary from day to day, or even in the same day.

Further details about the development of the new NICE ME/CFS guideline, including the timeline and information about how to get involved, either by sharing your views and experiences of ME/CFS, or by becoming a member of the guideline committee, are available on the NICE website or by emailing CFSME@nice.org.uk

Our public involvement team is also on hand to advise members of the public and patient groups who wish to be involved in this work.

The clear message from the workshop was the need to ensure the new guideline properly addresses and resolves the continuing debate about the best approach to treating people with this condition.