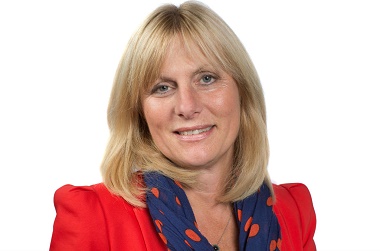 Gillian has held the post of Deputy Chief Executive at NICE since 2007 and is also currently its Director of Health and Social Care. She will take up her new role on 1 April 2020 when Sir Andrew Dillon, who has led the organisation since it was established in 1999, steps down.

NICE Chair (Interim) Tim Irish said: “The Board of NICE is delighted to appoint Gill to the role of Chief Executive. NICE has a unique and unparalleled history and we wish to thank Andrew for his outstanding leadership over the last two decades. Looking ahead, NICE has a very exciting and ambitious future, and the Board is unanimously agreed that Gill has the leadership qualities to take us forward.”

The appointment of Professor Leng was made by the non-executive members of NICE’s Board following open competition.

Sir Andrew Dillon said: “I am delighted that Gill has been appointed as NICE’s next Chief Executive. She is an outstanding leader and has all the qualities needed to lead the organisation into its third decade. I am entirely confident that NICE will be safe and successful in her hands.”

Gillian Leng said: “Under Andrew’s leadership NICE has gained a formidable reputation both nationally and internationally as a world leader in guidance development. I am honoured and privileged to have been appointed as its second Chief Executive. I look forward to working with the Institute’s staff and stakeholders as we enter an exciting new chapter of innovative changes to deliver our portfolio of guidance into the hands of frontline staff in an easy and intuitive way.”

NICE has a very exciting and ambitious future, and the Board is unanimously agreed that Gill has the leadership qualities to take us forward.

I am delighted that Gill has been appointed as NICE’s next Chief Executive.