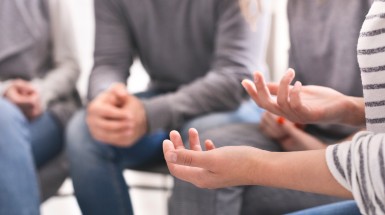 The NICE board has agreed more work will be carried out with regulators and professional organisations to reinforce the use of NICE guidance.

The report of the Independent Medicines and Medical Devices Safety (IMMDS) Review in July, entitled First Do No Harm, found that had NICE guidance been followed more closely then much of the subsequent harm suffered by patients may have been avoided.

The purpose of the review, led by Baroness Julia Cumberlege, was to examine how the healthcare system in England responded to reports about harmful side effects from:

Following concerns raised by patients, NICE updated all its Interventional Procedures guidance relating to mesh used in the treatment of pelvic organ prolapse and stress urinary incontinence during 2016 and 2017, before the Review was announced

The primary aim of Interventional Procedures guidance is to look at the safety of a procedure or operation.

The IMMDS review highlighted that “more should have been done to ensure that healthcare professionals were aware of and following guidelines. In theory, regulators and professional organisations (such as the CQC, GMC and medical defence unions) reinforce their use through their professional standards and inspection or accreditation processes”.

The Review recognises that NICE has a major role to play within the system and that the NICE guidance was appropriate to the known risks and alternatives.

The NICE board supported the need for more work to take place with regulators and professional organisations to reinforce the use of NICE guidance through their professional standards and inspection or accreditation processes.

On Wednesday 17 September, the NICE board, led by chairman Sharmila Nebhrajani, also agreed to the following steps:

NICE has already initiated closer collaborative working with system partners to ensure a more integrated approach to patient safety and the NICE board has given its support that this work continues.

The board also agreed that NICE will engage with and support other system partners in a co-ordinated system response to the IMMDS Review, which will be overseen by the Department of Health and Social Care.

Professor Gillian Leng, chief executive at NICE, said: “I am pleased the NICE board has approved a series of actions as a result of our internal review of the report.

“As an organisation, NICE fully engaged with the IMMDS review and provided oral and written evidence. We welcome the publication of the review team’s report and thank Baroness Cumberlege for the opportunity to take part in the process.

“We have studied the report carefully and assessed where we can take further action. During the review we worked with partners from across the health and care system to implement improvements and ensure a more integrated approach to patient safety. This work will continue.”

During the review we worked with partners from across the health and care system to implement improvements and ensure a more integrated approach to patient safety.