Because there is an increased risk of problems, such as endometrial cancer and osteoporosis, with taking hormonal therapy for a long time, the committee agreed that healthcare professionals should discuss the potential benefits and risks with women to help them make an informed choice about their treatment.

The guideline also recommends that bone drugs called bisphosphonates should be offered alongside chemotherapy to women who have been through the menopause who have invasive breast cancer that has spread to nearby lymph nodes, and to other people with a high risk of their breast cancer returning. This is because research shows bisphosphonates can improve disease-free survival and overall survival.

Professor Mark Baker, director of the Centre for Guidelines at NICE, said: “Although breast cancer survival rates have improved over recent decades, it remains the leading cause of death in women aged 35-49.

“Since the publication of NICE’s original guideline in 2009 there have been a number of advances in the way early breast cancer is managed and these are reflected in this updated guideline.”

Other new recommendations cover offering further surgery to extend the distance between a tumour and the edge of the surrounding tissue removed with it, offering drugs to stop the ovaries from producing oestrogen, and the use of taxanes alongside anthracycline-based chemotherapy in people with node-positive and node-negative breast cancer.

NHS organisations should compare their current practice with these recommendations and consider what changes may need to be made to put them into practice. In considering any changes, they will need to take into account any extra costs and savings involved. The speed at which these recommendations are adopted by local NHS services will depend on the resources they have available and the other priorities they are dealing with. 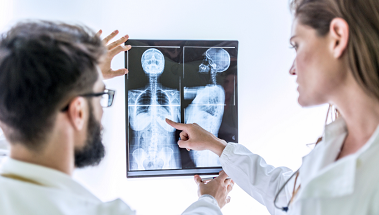 Since the publication of NICE’s original guideline in 2009 there have been a number of advances in the way early breast cancer is managed and these are reflected in this updated guideline.