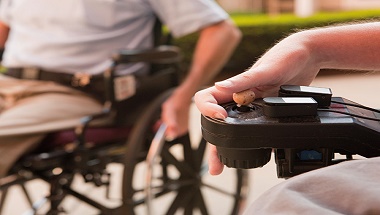 SMA is a progressive neuromuscular condition affecting the nerves in the spinal cord controlling movement. This leads to muscle weakness, progressive loss of movement, and difficulty breathing and swallowing.

SMA can be grouped into 5 main types (types 0 to 4), based on the age of onset and the maximum motor function reached. SMA type 1 is one of the most severe forms of SMA and people with it usually die before the age of 2 if untreated. Because SMA is a progressive disorder, everyone will experience more severe symptoms over time regardless of type.

Risdiplam is licensed to treat people with types 1, 2 and 3 SMA. Around 1,500 people would have been eligible for treatment with risdiplam if it had been recommended.

The committee agreed that the clinical trials demonstrate that risdiplam meaningfully improves motor function for people with type 1, 2 and 3 SMA, but the long term benefits are uncertain. The committee also agreed that risdiplam is innovative, in that its oral administration means it is an alternative for people who cannot have other treatments for SMA. It also means people can have it at home.

The committee could not recommend risdiplam at this time, because the cost-effectiveness estimates were substantially higher than the range normally considered a cost-effective use of NHS resources. In the case of type 1, this was despite agreeing that risdiplam could be considered a life-extending treatment at the end of life. The committee also acknowledged the rarity and severity of the disease in its decision-making.

Meindert Boysen, deputy chief executive and director of the Centre for Health Technology Evaluation at NICE, said: “We are disappointed not to be able to recommend this innovative new treatment as an option for people with this devastating condition, particularly where there remains a high unmet clinical need.

“The committee considered that there may be some benefits that have not been captured in the company’s economic model, such as improvements in respiratory function, fine motor skills, swallowing and ability to communicate. We will continue to work closely with the company to help them address the committee’s concerns ahead of its next meeting.”

NICE already recommends nusinersen for some people with types 1,2 and 3 SMA as part of a managed access agreement. NICE has also published draft guidance which recommends onasemnogene abeparvovec for some babies aged up to 12 months with type 1 SMA.

We will continue to work closely with the company to help them address the committee’s concerns ahead of its next meeting.