The MAA is a special arrangement between NHS England and NHS Improvement and the company Roche. It will allow people to access treatment with risdiplam while more data is collected to address the uncertainties identified by the independent NICE committee. After this NICE will decide whether or not to recommend it for routine use on the NHS and update the guidance. It will be available through the MAA until then.

SMA is a progressive condition affecting the nerves in the spinal cord which control movement. This leads to muscle weakness, progressive loss of movement, and difficulty breathing and swallowing.

SMA can be grouped into 5 main types (types 0 to 4). Type 1 SMA is one of the most severe forms of SMA and people with it usually die before the age of 2 if untreated, usually because of respiratory failure.

Risdiplam is licensed to treat people with types 1, 2 and 3 SMA and some people with the condition before they start showing symptoms.

The committee agreed that risdiplam is innovative because its oral administration means it is an alternative for people who cannot have other treatments for SMA. It also means people can have it at home.

Clinical evidence shows that risdiplam improves the ability to sit up, stand or walk for people with type 1, 2 and 3 SMA and that it may be effective for people before they start showing symptoms of SMA. There is also some evidence suggesting that people with type 1 SMA live for longer on risdiplam. However, there is no direct evidence comparing risdiplam with best supportive care for type 1 SMA. And there is no long-term evidence of benefit for risdiplam overall.

The committee could not recommend risdiplam for routine commissioning at this time because the cost-effectiveness estimates were substantially higher than the range normally considered a cost-effective use of NHS resources. In the case of type 1 SMA, this was despite agreeing that risdiplam could be considered a life-extending treatment at the end of life.

Meindert Boysen, deputy chief executive and director of the Centre for Health Technology Evaluation at NICE, said: “We are pleased that there will now be the option of a convenient oral treatment for people with SMA that can be administered at home. This will not only be less burdensome, and therefore have a positive impact on the lives of both people with SMA and their caregivers, but it will also reduce the treatment administration needs to the NHS.

“In practical terms, the availability of an oral drug should lead to greater adherence to treatment, along with giving access to a treatment to those who aren’t able to have other currently recommended options.” 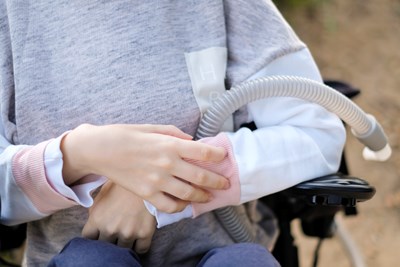 The availability of an oral drug should lead to greater adherence to treatment, along with giving access to a treatment to those who aren’t able to have other currently recommended options.