The changes will see the introduction of a new fast-track option for appraising treatments which offer exceptional value for money. The aim is for them to be available to patients a month after they are licensed.

The fast track appraisals, which will be rolled out to more drugs in time, are part of several changes to NICE processes approved by the Board on Wednesday.

Several changes have been made to the proposals following a public consultation launched in October last year.

Sir Andrew Dillon, NICE chief executive, said: “We’ve listened carefully to what stakeholders have been telling us throughout this consultation and made some important changes, as well as adding detail to our proposals. Significantly, we have today announced that we will look at the feasibility of extending the fast-track appraisal process to a wider group of treatments.

“We are taking forward the proposal for more flexibility in the adoption of technologies into the NHS which are cost effective but which have a predicted budget impact of £20 million or more during the first 3 years. Companies will have the opportunity of confidential negotiations with NHS England, to help avoid and minimise delays in patients having access to treatments recommended by NICE. We have agreed that we will review this in 3 years to see what impact it is having on allowing access to new drugs.

“We believe these and the other changes that have now been approved will enhance our ability to optimise access to innovative treatments in the light of the significant financial challenge facing the NHS.”

The fast track appraisals will apply to drugs with a likely cost per extra year of quality-adjusted life of under £10,000, offering exceptional value for money. The upper end of NICE’s standard threshold range is £20-30,000 per QALY.

And NICE has signalled that it intends to consider broadening the fast-track approach to a wider group of treatments, including medical devices and diagnostics, over the next two years.

The changes are designed to address the challenge of providing faster access to innovative, cost effective treatments alongside the need to safeguard the future financial sustainability of the NHS and approved following a joint public consultation with NHS England.

In addition NICE has also announced that it will introduce greater flexibility in how it evaluates treatments for very rare conditions under its Highly Specialised Technologies programme.

Treatments deemed to provide significant QALY benefits could benefit from being assessed against a maximum threshold of £300,000 per QALY, rather than the £100,000 per QALY limit in the original proposal. This upper limit is ten times higher than the standard NICE threshold and is being considered in order to reflect the transformational health benefits they can offer to patients.

NHS England’s Acting Director for Specialised Commissioning, John Stewart, said: “As well as significantly speeding up access for patients for the most cost effective new technologies, NICE’s new approach also shows that the NHS is prepared to pay far more for highly specialised treatments that can transform patients’ quality of life.

"We listened carefully to the feedback received during the consultation and have adjusted our proposals by trebling, for the most transformative treatments, the threshold for  determining routine funding - raising the upper limit to ten times that used for standard treatments.

These changes will be introduced for topics for which a first evidence submission is received after 1 April 2017. 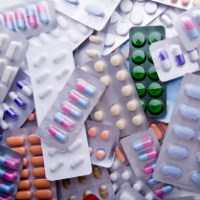 As well as significantly speeding up access for patients for the most cost effective new technologies, NICE’s new approach also shows that the NHS is prepared to pay far more for highly specialised tr