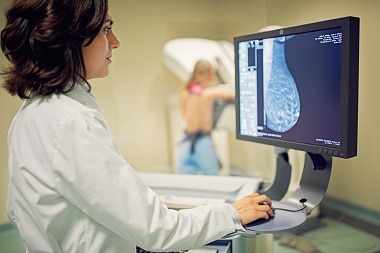 Given by injection every 2 weeks with nab-paclitaxel, a type of chemotherapy, atezolizumab works by blocking the activity of a protein called PD-L1 which is produced in larger amounts on cancerous cells than normal cells. By blocking PD-L1 it helps the person’s own immune cells to attack the cancer.

Atezolizumab, is the first immunotherapy that specifically targets triple negative breast cancer whose tumours have PD-L1 expression of 1% or more. It is given to people who have not had chemotherapy for metastatic disease.

An estimated 2000 people in England have triple negative breast cancer, of whom around 600 people would be eligible for treatment with atezolizumab and nab-paclitaxel.

Meindert Boysen, director of the Centre for Health Technology Evaluation at NICE, said: “I know that today’s announcement will be disappointing for people with this type of breast cancer as well as for their families and carers. Atezolizumab provides for a new way of treating people with significant unmet need, where targeted therapies have not been available to date.

“The committee heard that the availability of a new treatment that increases progression-free survival compared with chemotherapy alone will give hope to patients because it is important to them to be able to maintain a good quality life for as long as possible.

“We are committed to working with the company to try to resolve the issues identified by the committee. In the meantime, I would encourage anyone with an interest in this topic to give us their feedback on this draft guidance.”

Advanced triple negative breast cancer has a huge negative impact on the quality of life of patients. It can be more aggressive than other types of breast cancer (despite accounting for only 15–20% of breast cancer cases, it accounts for 25% of deaths) and it often affects women of a younger age who may have young children and caring responsibilities.

Atezolizumab with nab-paclitaxel does not meet NICE’s Cancer Drugs Fund criteria because it does not have a plausible potential to be cost effective and there is no clear evidence that further trial data would resolve the uncertainties associated with this appraisal.

We are committed to working with the company to try to resolve the issues identified by the committee.