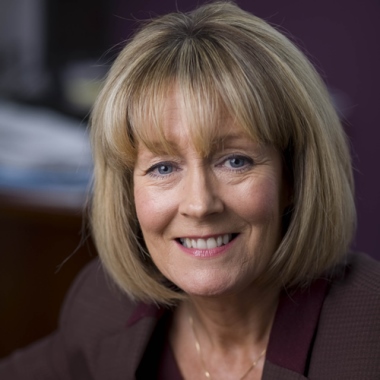 NICE non-executive director Elaine Inglesby-Burke has been honoured by the Queen with a Damehood.

Elaine has been appointed Dame Commander of the Order of the British Empire for her services to Nursing.

Elaine was appointed to the NICE board in 2016, a post she holds today. Earlier this month she retired from her position as chief nurse of Salford Royal and the Northern Care Alliance NHS Group.

Professor Gillian Leng, NICE chief executive, said: “This award is fantastic recognition for the role Elaine has played within the healthcare system for the last 43 years.

“Since her appointment to the NICE board, Elaine has brought personal insights and expertise to the role, and provided a vital perspective on issues within the health and care system relevant to NICE’s work.

“Elaine has been a wonderful colleague and I know everyone at NICE is absolutely delighted that she has received this recognition.”

In 2019 Elaine was the first recipient of the Chief Nursing Officers Gold Award for her outstanding contribution to nurses and nursing, and she received a CBE for services to nursing in 2015.

Dame Elaine Inglesby-Burke CBE, said: “This is the most amazing honour. I feel humbled and privileged. I am receiving this on behalf of this wonderful profession I have been part of for 43 years and more particularly the nurses and midwives at Salford and Pennine Acute under the Northern Care Alliance.

"A good nurse and leader is shaped by the people they work with and are inspired by. Throughout my career I have been very fortunate to have worked alongside some of the best nurses, midwives and other staff.”

While working at Salford Royal NHS FT in 2016, Elaine was asked to support Pennine Acute NHS Hospitals as patient harm and mortality were found to be at unacceptable levels due to fundamental long-standing issues.

She was asked to examining nursing standards and outcomes, which were found to be very poor. She set out her vision for nursing and quality which now see PAT in a position where over 70% of the Care Quality Commission domains are rated as good or outstanding.

This has been achieved in part with the implementation of the ward accreditation system Elaine developed in Salford being rolled out across PAT thereby driving performance, standards and outcomes.

This award is fantastic recognition for the role Elaine has played within the healthcare system for the last 43 years.

This is the most amazing honour. I feel humbled and privileged.