The recommendation for further data to be collected is because it is not yet certain whether Intrabeam, marketed by Carl Zeiss UK, is as effective as conventional radiotherapy in stopping the cancer coming back. However, the independent appraisal committee heard the risk of this happening is low in the patients who would receive Intrabeam and that people may be prepared to accept some uncertainty if it means they don’t need radiotherapy after their surgery.

For this reason, the committee has also recommended that patients are provided with information on the treatment options available, including their risks and benefits, so that they can make an informed choice about their treatment.

Professor Carole Longson MBE, director of the centre for health technology evaluation at NICE, said: “This is a promising new way of providing radiotherapy but the evidence needs to develop and the committee therefore recommended that its use is carefully controlled and accompanied by gathering additional information on its clinical effectiveness”

Regular radiotherapy typically requires numerous doses over a 3 week period and is performed weeks after surgery when the wounds have healed.

Intrabeam is a type of targeted radiotherapy and only requires one 30 minute dose given at the same time as surgery to remove the tumour, so there is no need for repeated hospital visits for most patients (although some patients, who are found to have a higher risk of recurrence, might still need to have conventional radiotherapy after they have had Intrabeam).

The committee heard from the patient expert that this would be considered a major advantage by some patients and might outweigh the fact that much less is known about the long term outcomes of Intrabeam treatment compared with conventional radiotherapy.

The Committee also heard that Intrabeam can have better cosmetic outcomes and that the side effects of conventional radiotherapy such as local tenderness, breast pain, swelling, reduced range of movement or change in breast appearance and texture were avoided or reduced with Intrabeam.

Each machine costs £435,000 to buy and £35,000 a year to maintain, so the committee was keen to emphasise the importance of using the machines already available as effectively as possible.

Over 50,000 women and around 340 men are diagnosed with breast cancer each year in the UK. Figures suggest that about 86% of them – 43,300 people each year - will potentially have early breast cancer.

The draft guidance is open for public consultation until 1 March. 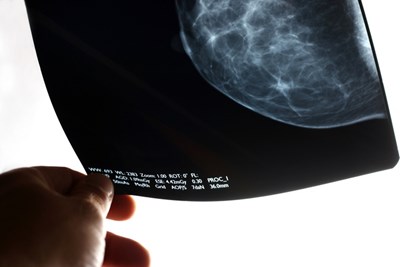