NICE has today (21 March 2022) published final draft guidance recommending elosulfase alfa (also called Vimizin and made by BioMarin) for routine use in the NHS for the treatment of mucopolysaccharidosis type 4A (also known as MPS 4A and Morquio A syndrome).

Elosulfase alfa becomes the first disease modifying treatment recommended by NICE for routine NHS use for people with this rare, severely life-limiting condition.

Today’s final draft guidance follows the collection of ‘real-world’ data from 69 people who received NHS-funded treatment since 2015 as part of a managed access agreement. NICE’s close collaboration with the MPS Society, Rare Diseases Research Partners, clinicians, NHS England and the company was key to the success of the data collection, which enabled new evidence to be presented on the benefits of this treatment to patients.

Clinical trial evidence and data collected as part of the managed access agreement, along with expert clinical opinion, shows some long-term benefits with elosulfase alfa treatment which suggest it slows progression of MPS 4A.

Helen Knight, acting interim director of medicines evaluation at NICE, said: “The arrangement to give access to elosulfase alfa while further data was collected on its clinical and cost-effectiveness was the first of its kind to have been attempted in the NHS in England. Today’s announcement demonstrates the value of this approach, with patient groups, clinicians, academics, companies, NICE and NHSE all working together to improve the lives of people with rare diseases.

NHS Medical Director Professor Steve Powis said: “This is a hugely significant milestone for people with this debilitating, genetic condition, who will now be able to access this first of its kind treatment for Morquio A syndrome routinely on the NHS, after we struck a deal that is affordable for the taxpayer.

“It means this revolutionary drug, which works by replacing a missing enzyme that is needed to break down sugar, will help almost 100 children a year, giving them and their families real hope of better quality of life.”

Bob Stevens, Group Chief Executive at the MPS Society, said: “Today we celebrate the news that NICE has recommended elosulfase alfa for routine use as a therapy for MPS IVA Morquio. It has been a long and at times difficult journey, but due to the willingness of all parties to find innovative solutions, and the pivotal role the MPS Society has played, the long-term future of many within our MPS IV community has been greatly improved. We want to thank the patients, clinicians and staff who have worked together to make this possible.”

Affecting around 90 people in England, MPS 4A is an extremely rare, life-limiting, inherited lysosomal storage disease. People born with the disease lack an enzyme that breaks down large sugar molecules (glycosaminoglycans) the body’s cells can’t use. The resulting accumulation of glycosaminoglycans in the cells of tissues and organs causes a wide range of symptoms that typically appear in early childhood and worsen over time. These include joint and skeletal abnormalities, hearing and vision loss, heart valve disease, pain, fatigue, and progressive loss of endurance leading to increasing dependence on wheelchairs.

MPS 4A leads to reduced life expectancy - the average life expectancy in people not receiving treatment with elosulfase alfa is about 25 years - primarily because of respiratory failure and heart problems.

Given by intravenous infusion once a week, elosulfase alfa replaces the enzyme lacking in people with MPS 4A.

Before elosulfase alfa became available there was no treatment for the underlying disease. Because the condition is so rare and the symptoms so diverse, there is no standard treatment or pathway of care. Management may include surgery for skeletal problems, respiratory support, drugs to manage heart disease, dental and eye care, pain relief, and hearing aids and ventilating tubes to manage deafness and middle ear effusions. 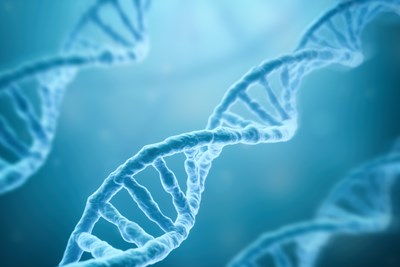 The arrangement to give access to elosulfase alfa while further data was collected... was the first of its kind to have been attempted in the NHS in England.

This is a hugely significant milestone for people with this debilitating, genetic condition, who will now be able to access this first of its kind treatment for Morquio A syndrome routinely on the NHS

Today we celebrate the news that NICE has recommended elosulfase alfa for routine use as a therapy for MPS IVA Morquio.