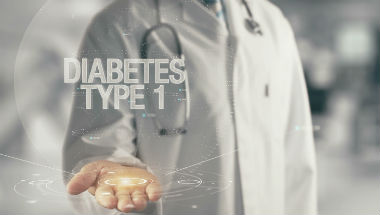 Around eight per cent of people with diabetes in the UK have type 1 diabetes. It’s a serious lifelong condition which is caused when the level of glucose (sugar) in the person’s blood is too high because their body cannot produce enough insulin. It is not caused by someone’s diet or lifestyle and its origin is unknown. Daily injections of insulin are needed to keep a person’s blood glucose levels under control.

Dapagliflozin (Forxiga, AstraZeneca) with insulin is recommended as an option for adults with type 1 diabetes with a body mass index (BMI) of at least 27 kg/m2, when insulin alone does not provide adequate glycaemic control despite optimal insulin therapy.

The draft NICE guidance says it can only be considered as an option if certain conditions are met:

Treatment with dapagliflozin should be stopped if blood glucose control does not improve because of the increased risk of diabetic ketoacidosis.

It’s estimated that around 90,000 people could be eligible for treatment with dapagliflozin. Dapagliflozin is taken as a once-a-day tablet and is considered an innovative medicine which can help fill an unmet need for people with inadequately controlled type 1 diabetes despite optimised insulin therapy.

When NICE’s independent appraisal committee met to make its earlier provisional decision, it was minded not to recommend dapagliflozin and asked for further clarification and analyses from the company.

At present, dapagliflozin with insulin is considered to have only modest benefits based on the evidence from clinical trials. These showed small improvements in blood glucose levels and weight loss, and very small improvements in quality of life. NICE’s independent appraisal committee however highlighted an unmet need for interventions that help people to reach good glycaemic control without complications.

The cost-effectiveness estimate for dapagliflozin plus insulin compared with insulin alone is within the range that NICE normally considers an acceptable use of NHS resources.

The list price of dapagliflozin is £36.59 for 28 tablets (excluding VAT; British National Formulary online, accessed April 2019). The treatment cost at list price is £477.30 per year. Costs may vary in different settings because of negotiated procurement discounts.

Consultees, including the company, patient groups and healthcare professionals, can appeal against the draft recommendations. If there are no appeals, NICE will publish final guidance to the NHS in August.