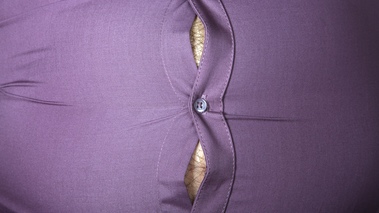 A quarter of the UK population is now obese, fuelling a rise in cases of type 2 diabetes, as well as heart disease, fatty liver disease and cancer.

One in 20 people in the UK has type 2 diabetes. It is a progressive disease that causes heart disease, stroke, blindness, kidney failure and limb amputations.

Every year, 24,000 people die prematurely because of the condition. Every week, the NHS carries out 100 amputations caused by type 2 diabetes.

NICE has a suite of guidance available to help prevent obesity and help people to lose weight. This updated guideline focuses on identifying, assessing and treating people who are already obese.

Last year, 6,500 weight loss procedures were performed in the UK, with gastric bypass and sleeve gastrectomy the most common types of surgical intervention. Both work on the principle of surgically altering the digestive system so it takes less food and makes the patient feel fuller quicker after eating.

It is estimated that an additional 5,000 weight loss surgeries will be carried out each year if the guidance is fully implemented.

NICE recommends that all patients with a BMI of 35 or over who have recent-onset type 2 diabetes should be assessed for surgery. Patients must have tried and failed to achieve clinically beneficial weight loss by all other appropriate non-surgical methods and be fit for surgery.

Weight loss surgery is also beneficial for people with a BMI of 30-34.9 who have recent-onset type 2 diabetes that is very poorly controlled.

NICE recommends that doctors consider surgery for people of Asian family origin who have recent-onset type 2 diabetes at a lower BMI than other populations, as the point at which the level of body fat becomes a health risk varies between ethnic groups. Asian people are known to be particularly vulnerable to the complications of diabetes.

Dr Rachel Batterham, Head of Obesity and Bariatric Services at University College London Hospital Trust - who was involved in developing the guidance, said: “We know that surgery can make a real difference for people with recently diagnosed type 2 diabetes, so the guideline now recommends that if someone is diagnosed with type 2 diabetes and their BMI is 35 or over then they should be offered an early, rapid assessment for weight loss surgery.

“If we look at the latest report of bariatric surgery done in the UK, there were 4,000 patients with type 2 diabetes who had surgery. Of them, 65 per cent were no longer on any diabetes medications 2 years later.

“The health benefits of weight loss surgery are so great that it should be considered as part of the treatment for obese diabetics. The earlier you have the surgery in your diabetes course, then the more likely you are to have remission or a really good improvement.”

Cost savings for the NHS

The initial cost of weight loss surgery is around £6,000 in the short term, but preventing the long-term complications of diabetes is great for the individual and will save the NHS money.

Professor Mark Baker, Centre for Clinical Practice Director at NICE, said: “The financial implications of obesity are huge – 10 per cent of the NHS budget is used to treat diabetes and its complications alone. It is a major issue, if not the major issue, for the health service in the coming years.”

“If you look at the healthcare savings from just the diabetes drugs alone, then the surgery pays for itself in 2 to 3 years’ time,” added Dr Batterham.

NICE recommends a follow-up care package for people who have had surgery for a minimum of 2 years within the bariatric service.

“Currently, the follow-up care for bariatric patients in the UK is fairly non-standardised,” said Dr Batterham.

“What NICE has recommended is that for the first 2 years, minimum, patients are followed up within a multidisciplinary team. So they will have access to dieticians, psychology, nurses, exercise therapists, and they will be monitored for nutrition and if they need any vitamins they are supplemented,” she said.

After 2 years, NICE recommends that there is at least annual monitoring of nutritional status and appropriate supplementation.

Elsewhere, the guidance recommends against the routine use of very-low-calorie diets (800 kcal/day or less) to manage obesity (defined as BMI over 30).

Professor John Wilding, Professor of Medicine and Honorary Consultant Physician in Diabetes, Endocrinology and General Medicine, University of Liverpool and Aintree University Hospitals NHS Foundation Trust - who was also invovled in developing the guidance, said: “The new guideline also looked at very-low-calorie diets – after considering how well they work and if the weight loss can be sustained, we have recommended that they should not be used routinely for people who are obese.

“But we are not ruling them out entirely, they may be considered for people who have a clinical need to lose weight quickly, such as before joint replacement surgery.”