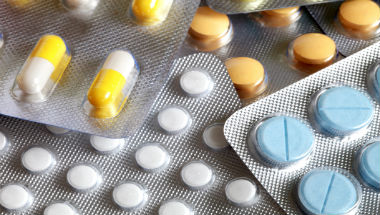 NICE has recommended sorafenib, also known as Nexavar, made by Bayer to be routinely available for some patients on the NHS.

Sorafenib is one of the 24 drugs NICE was asked to appraise from the CDF, and all have been approved so far for routine NHS use.

Its positive recommendation means that NICE is three quarters of the way through the CDF with 18 drugs now approved.

Companies, like Bayer have provided discounts and in some cases additional evidence meaning the drugs can be considered as cost effective for routine NHS.

Professor Carole Longson, director of the NICE centre for health technology evaluation said: “Working closely with companies and NHS England, we are delivering our promise to give people fast access to the most cost-effective cancer drugs.”

“More cancer drugs than ever are being recommended for routine use because companies are working hard to provide cost-effective solutions. We are also applying flexibility in cases where drugs show promise, meaning people get access through the new CDF while further data is generated.”

The CDF was established by the Government in 2010 as a temporary solution to help patients to access cancer drugs that were not widely available on the NHS. However, the Fund quickly exceeded its original £200 million budget.

In 2016 reforms were put in place which required NICE to carry out appraisals for the drugs in the existing Fund and all newly licensed cancer drugs.

Sorafenib is recommended for some people with liver cancer that has progressed. It is estimated that the drug extends life by up to 3 months.

Working closely with companies and NHS England, we are delivering our promise to give people fast access to the most cost-effective cancer drugs