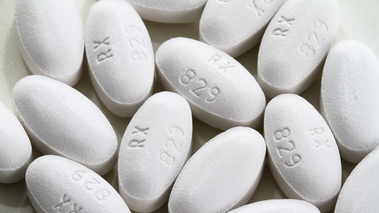 In an update to the 2006 guideline on lipid modification, NICE recommends that the threshold for starting preventative treatment for CVD should be halved from a 20 per cent risk of developing CVD over 10 years to a 10 per cent risk.

Up to 4.5 million people could be eligible for statins under the lower threshold. Offering statins to all eligible people could help to prevent up to 28,000 heart attacks and 16,000 strokes each year.

Currently, 1 in 3 deaths in the UK are caused by CVD, accounting for 180,000 deaths each year. CVD has a significant burden of disability and up to £8 billion of NHS resources are tied up in CVD.

NICE recommends that GPs start statin treatment for the primary prevention of CVD with atorvastatin 20 mg. Patients with established CVD should be offered a higher strength 80mg dose of atorvastatin.

However, not everyone with a 10 per cent or greater risk of CVD within 10 years will need to take a statin and the guideline advises that preventative lifestyle measures are adopted first.

Professor Mark Baker, Director of the Centre for Clinical Practice at NICE, said: “To make progress in the battle against heart disease and stroke, we must encourage exercise, improve our diets still further, stop smoking, and where appropriate offer statins to people at risk.

“Doctors have been giving statins to ‘well people’ since NICE first produced guidance on this in 2006. We are now recommending the threshold is reduced further. The overwhelming body of evidence supports their use, even in people at low risk of CVD.

“The effectiveness of these medicines is now well proven and their cost has fallen. The weight of evidence clearly shows statins are safe and clinically and cost effective for use in people with a 10% risk of CVD over 10 years.”

Dr Anthony Wierzbicki, from Guy’s and St Thomas’ Hospitals, London and Chair of the Guideline Development Group, said: “We’ve been able to simplify the guideline so it’s now much easier for patients to be assessed and for GPs and nurses to make sense of the results.  There is greater clarity, a simpler framework, and a systematic way of identifying people who could benefit from treatment.

“We’ve got the best evidence-base, huge numbers and the biggest set of clinical trials ever done. Other areas of medicine would give their teeth for this evidence, it’s that good. Statins work, they are very cheap, and are becoming considerably cheaper as they come off patent which in a cost limited health service is a big consideration to think about.

“That enables us to actually say that we should treat people with heart disease a lot more intensively because we know that will prevent further events. In people with diabetes or kidney disease, giving a statin will reduce heart attacks and strokes. For people at risk of heart disease, if lifestyle measures fail, we have a second option of giving them a statin if they want it and require it.”

NICE recommends that people are assessed using the QRISK2 assessment tool for their risk of developing CVD using measurements including whether or not they smoke, their cholesterol levels, blood pressure, and body mass index. The calculator then provides a percentage risk of developing CVD in the next 10 years.

Professor Baker stressed that the new recommendations would not create an additional workload for GPs. He said: “Most patients will already be under surveillance by their GPs so this won’t add any additional workload. But you can do the QRISK2 risk assessment yourself. It can be done online or via an app so it doesn’t need to be done by the GP.”

Dr Liam Smeeth, a GP and Professor of Clinical Epidemiology at London School of Hygiene and Tropical Medicine, said: “Statins are effective at preventing the UK’s biggest killer: cardiovascular disease. The recommendation from NICE to broaden the range of people who should be offered a statin within the NHS is welcome because it will help reduce the numbers of people having heart attacks and strokes. It is important that people are given the opportunity to have a cardiovascular risk assessment and that those people with increased risk are given appropriate information about their risk of disease and how to reduce it, including being offered a statin.

"Not everyone who is eligible will take the drugs. Some people may try to reduce their cardiovascular risk through healthier eating, more exercise and stopping smoking for example. Some people may try a statin and decide they don’t like them or may just not want to take a tablet every day. However what matters is that more people will now be offered these effective drugs. We know that the more people who take statins long term the less heart attacks and strokes will happen. This is good news for individual patients and good news for the country as a whole.”

“The weight of evidence suggests statins are effective, affordable and have an acceptable risk:benefit profile. Appropriate drug therapy should not be denied on the basis of an ideological stance against ‘medicalisation’.”

The weight of evidence clearly shows statins are safe and clinically and cost effective for use in people with a 10% risk of CVD over 10 years" Prof Mark Baker, NICE

We've got the best evidence-base and the biggest set of clinical trials ever done. Other areas of medicine would give their teeth for this evidence, it’s that good" Prof Anthony Wierzbicki, Chair