Between April 2016 and April 2019 Tamba ran a government funded programme whereby it engaged with a group of 30 maternity units across England.  The main focus of our programme was to test the hypothesis that adherence to the NICE quality standards could lead to significantly improved outcomes.

The NICE works – the final report shows that if all maternity units in England would adhere to the quality standards as the best unit in our group then, within a year neonatal emergency admissions in twin and triplets pregnancies could be reduced by 1,308. In addition emergency c-sections could be reduced by 634 and the NHS could save £8 million.

In our interim report Nice Works, we revealed that 63 baby deaths could be prevented each year if all maternity units in England followed NICE clinical guideline.

The guideline provided a number of recommendations such as ensuring that appropriate antenatal nutritional advice is given and core teams of specialist obstetricians are made available.

A Tamba survey found that only 18% of maternity units have specialist midwives and 30% of mothers are not being cared for by an obstetrician. If mums of multiples can get the specialist multidisciplinary care they deserve, as recommended by NICE, then the number of multiple births needing neonatal care will decrease.

These figures clearly show the benefits of adopting national clinical guidance of care for families of multiples and supports the national ambition set out by the Government to reduce stillbirths, neonatal deaths and patient safety incidences in maternity services.

Tamba is currently campaigning for the programme to continue so it can reach the remaining 124 obstetric units in England and deliver on its expectations.

If you would like to know more about the project, please email Tamba or visit the Facebook page. 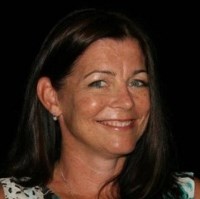