Although, this number probably underestimates the extent of the problem as it is often underreported, both in research and to the police. Typically, women and children are victims of domestic violence, but it can affect anyone, regardless of age, gender, sexual orientation, ethnicity, and location.

Domestic violence can be physical abuse or assault, threats of violence, non-physical abuse, sexual violence and assault, and stalking and harassment by a partner or ex-partner. Domestic violence has a higher incidence of repeat victimisation than any other crime; on average, a woman will be assaulted 35 times before contacting the police.

The risk of experiencing domestic violence is increased if the person is:

Earlier this year NICE published guidance on how health and social care services can work together to prevent domestic violence and abuse, and help people affected by it.

A growing issue in universities

Domestic violence is usually associated with home and family settings, rather than university campuses, but it is increasingly faced by students. The Hidden Marks study conducted in 2010 by the National Union of Students looked at the extent of domestic violence, sexual harassment and abuse, and rape. The report found that 1 in 7 respondents had experienced serious physical or sexual assault while at university, and 35% of serious incidents were by someone the victim knew intimately.

The cost of domestic violence, in both human and economic terms, is so great that even the smallest of interventions can have a significant impact.

Yesterday, Public Health England launched the Intervention Initiative toolkit for universities and colleges, aiming to empower students to stand up to domestic violence and sexual harassment when they see it. The toolkit includes local and national support services, session plans, facilitator guides and information.

The Intervention Initiative is the first of its kind in England, but similar initiatives have been introduced in some American universities. By raising awareness of domestic and sexual violence and empowering people to take action, bystander intervention initiatives aim to involve the community in changing social attitudes, and reduce pressure on the victim to change their personal situation.

Effectively tackling domestic violence needs involvement across the community, and also a variety of professionals and service providers. Services that should respond to domestic violence include health and social care services, specialist health providers, housing and refuges, criminal justice, civil legal support, and the education system.

NICE issued a briefing for local authorities in June this year that highlighted the need for greater collaboration between services, in order to effectively support and protect those at risk. The briefing draws on recommendations made in our public health guideline , including that professionals working in these services should receive training so that they can recognise the signs of domestic violence and respond appropriately. We also recommend creating safe environments for victims to access information and support in confidence. 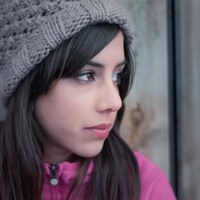