Recently, I received a medal (a rather squashed chocolate medal) from my neighbour’s four-year old nephew Henry. Henry heard me talking about the Carers UK event where I suddenly realised that I was a ‘veteran’ carer with 50 years of caring – for my mother with dementia, my husband with cancer, heart failure and dementia and a son with learning disabilities. Impressed, Henry asked if I had been in any big battles, did I have a sword and was I still a soldier? His interest faded when I explained that I was part of the growing army of carers (an estimated 8.8 million) but brightened when I told him that we family carers were estimated to save the government £132 billion pounds per annum.  ‘You’re worth a lot’ he said admiringly, ‘I should have given you a bigger medal.’

As a ‘veteran’ carer, I have been privileged to work with NICE to develop the guideline on ‘support for adult carers’. During my caring life, I have seen major developments in what we expect of carers. The 2014 Care Act transformed the legal and policy framework for carers. For the first time we were given the same recognition, respect and ‘parity of esteem’ as those we support. Now we had a ‘once in a lifetime’ opportunity to be valued as partners in care rather than veterans in survival mode.

But legislation alone can’t change lives. The ‘battle’ Henry envisaged has been ongoing, often with a lack of clarity, about what support for carers should look like. The Care Act 2014 encouraged a sea change in supporting carers to lead ordinary lives. But the rhetoric did not always match the reality. We know that three million carers juggle the complexities of paid work and care – and as we look towards demographic change and the ‘100 year life’, we know that caring will become everybody’s business as we age and live with more complex disabilities and long-term conditions. The Care Act (and the guideline which clarifies it) are about more than survival. They are about wellbeing and quality of life.

Importantly, the guideline emphasises the importance of collaborative care. Good care and support for carers means families, professionals, providers and commissioners working together to improve lives. In the future, I hope that with the guideline, we won’t need swords (or chocolate medals) but can use it to transform support for carers and drive a better understanding and optimism amongst those who support them. 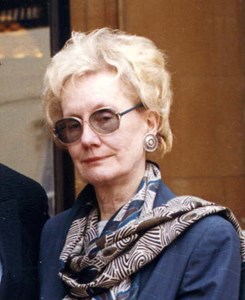