This week, Cochrane and NICE signed a collaborative agreement which creates a formal process for people who are preparing reviews for the Cochrane Library to share their findings with NICE.

Cochrane are no strangers to working with NICE, and over the last few years Cochrane Review Groups have been approached by NICE guideline committees to support the guideline process. This has led to some high priority Cochrane Reviews being used in guidelines for preventing falls and lung disease.

While it can be hard to coordinate timely production of reviews with the guideline development process, sharing the results of Cochrane reviews before their publication has produced more effective ways of working and helps to benefit NICE, people working in the NHS and ultimately people using the health service.

For Cochrane there’s been understandable concern about sharing unpublished reviews because they have not been subject to complete editorial and peer review processes. However, it’s important to remember that most guideline committees are used to drawing on systematic reviews that have not yet been peer reviewed or formally published. There is a lot to be gained from effective dialogue and engagement between guideline developers and review teams as early as possible.

Actively supporting the process of delivering reviews for NICE guidelines in this way means the findings of our reviews can help to develop evidence based recommendations for the NHS.

Sharing evidence with NICE is part of a broader approach to help Cochrane to identify priority reviews, and to identify them early.

This helps NICE, Cochrane Review Groups and authors. NICE will get the findings of a Cochrane Review to use in their deliberations, Cochrane groups will be able to demonstrate responsiveness in supporting production of high priority reviews, and for authors it guarantees impact. The ultimate beneficiaries will be people who need evidence to make decisions about their health or that of someone else.

Cochrane has always recognised the importance of the evidence it produces for guideline development, and our reviews are flagged in this way on the Cochrane Library. It also means that we know we are producing high priority reviews for stakeholders.

Cochrane’s vision is a world of better health transformed by evidence. Knowing what questions are most important to end users of our evidence helps us to achieve that.

Toby Lasserson is the Deputy Editor in Chief at Cochrane 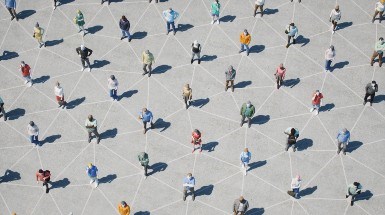