Patients with symptoms of an irritable bowel can have one of two conditions and it can be difficult for GPs to distinguish one from the other.

Although IBS has physical symptoms it isn't classified as a true disease and there is no known cause. IBD is a serious condition that can cause inflammation, ulcers or other damage to the bowel and intestines.

Up to 19 out of 20 patients complaining of IBS and IBD symptoms are unnecessarily referred to secondary care so doctors can diagnose one from the other.

A new test, Faecal Calprotectin Care Pathway optimised from the NICE diagnostics guidance, offers a simple method for doctors to better distinguish patients with IBS from those with IBD. This can be done by GPs and so avoids draining NHS resources and creating added stress to patients and their families.

When the lower gastrointestinal tract is inflamed, various levels of calprotectin can be detected in the stool. A normal level of faecal calprotectin strongly points to IBS while a raised level of the protein increases the likelihood of IBD.

Our implementation pack includes an educational video and patient leaflet, and we have funded an economic impact analysis carried out by the York Health Economic Consortium.

Currently 240 GP practices and nine Clinical Commissioning Groups (CCGs) are using the new test. For each CCG there are projected savings of £68,000 to £100,000, equating to savings of £2.5 million in Yorkshire & Humber alone.

Because irritable bowel syndrome affects between 10 to 20 per cent of the population, with 79,000 new cases diagnosed each year, there is a real benefit to patients too. Under the new pathway, patients diagnosed with IBS no longer have to undergo an unnecessary colonoscopy while patients with IBD can get quicker access to the specialist services.

The Faecal Calprotectin Care Pathway is a safe, reliable way of diagnosing IBS and IBD that delivers a better service for patients and improved use of resources for the NHS. 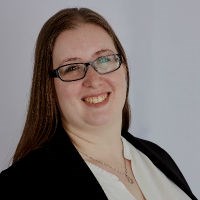