5. Do not prescribe dosulepin for depression in adults with a chronic physical health problem

Our fifth most visited do not do relates to depression in people with chronic physical health problems. Dosulepin is an antidepressant used especially to reduce symptoms of anxiety. The drug has a very small margin of safety between the maximum therapeutic dose and potentially fatal doses.

According to the MHRA:

Consequently, NICE recommends that when prescribing antidepressants, clinicians should be aware that dosulepin should not be prescribed.

4. Pregnant women should not be routinely screened for group B streptococcus

Group B Streptococcus (GBS) is a typically harmless, common bacterium found in the digestive system and the female reproductive system.

During labour and birth, babies may come into contact with GBS and may be colonised by the bacterium. While in most cases, this causes no harm, there can be a risk that GBS passes to the baby during childbirth, or that serious complications occur.

While screening might seem like an appropriate process for identifying pregnant women who are at risk of GBS, NICE recommends that this should not be done.

This is because, NICE says, the evidence of the clinical and cost effectiveness of screening remains uncertain.

As Public Health England points out, testing for GBS will only tell if a woman is carrying GBS, and not if their unborn baby will become unwell. Furthermore, screening may lead to a large number of women being offered antibiotics that they do not need.

3. Antibiotics for the management of otitis media with effusion 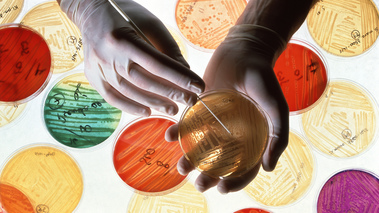 The third most visited do not do recommendation also relates to the subject of antibiotics.

In its guideline on the surgical management of otitis media with effusion (OME) in children, NICE does not recommend antibiotics for the management of the condition.

Research shows that antibiotics are neither cost, nor clinically effective for the treatment of OME among children. For example, a Cochrane systematic review published in 2012 showed that treating otitis media with antibiotics can have immediate adverse effects, and that there was no evidence for substantial improvement in hearing loss.

Published in 2008, the NICE guideline on diabetes in pregnancy recommends that screening for gestational diabetes using risk factors is recommended in a healthy population.

However, the guideline also recommends that screening for gestational diabetes using fasting plasma glucose, random blood glucose, glucose challenge test and urinalysis for glucose should not be undertaken.

There is limited evidence on the clinical and cost effectiveness of delivering universal screening. This is especially the case with women who are at lower risk of gestational diabetes through conventional risk factors, such as obesity, and a family history of diabetes.

1. The use of admission cardiotocography in low-risk pregnancy

Our most visited do not do recommendation comes from our intrapartum care guideline on the care of healthy women and their babies during childbirth.

Admission cardiotocography is a test used to monitor hypoxia – a condition where the body is deprived of oxygen – among foetuses during labour.

Current research suggests that cardiotocography has no benefit and is not effective in women with pregnancies that are of low risk.

A review from the World Health Organisation found that with the exception of reduction in the incidence of neonatal seizures, there were no short- or long-term benefits of routine continuous electronic foetal monitoring.

In its current guideline on intrapartum care, NICE says that the use of admission cardiotocography in low-risk pregnancy is not recommended in any birth setting as part of the initial assessment. 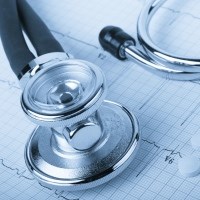