When NICE was created in 1999, the idea was mooted to create a sister organisation – a ‘NICE for social policy’. If it made sense to bring together the evidence on ‘what works’ in medical and put in the practitioners, then why not do the same for teachers, the police, or even policymakers?

Perhaps the reason it didn’t happen can be found in Archie Cochrane’s observation 25 years before, in an endnote to his book that did so much to encourage medics to be more empirical:

… I may have been too critical of my colleagues for whom I actually have the greatest admiration and affection … If one adopts a comparative approach I would like to stress how very far the medical profession (particularly in the UK) is of other professions. What other profession encourages publications about its error, and experimental investigations into the effect of their actions? Which magistrate, judge, or headmaster has encouraged RCTs into their ‘therapeutic’ and ‘deterrent’ actions?

It took more than a decade after the formation of NICE, but this evidence-based approach - built around institutions dedicated to stimulating, weighing, collating the evidence, then putting it in the hands of professionals to guide, but not instruct practice – has now started to spread to other professions. For example, a trial by the Educational Endowment Foundation (EEF), set up in 2011, found children make extra progress in English and maths by attending breakfast clubs. The Department for Education is now rolling out a £26m school breakfast fund. The EEF has funded more than 185 large scale RCTs, involving more than a million UK school children, to build new evidence.

On this, a real ‘thank-you’ is owed to NICE, and to Andrew Dillon personally. When the What Works Council was set up to bring together the new generation of institutions dedicated to the better use of evidence, NICE – and Andrew – joined the Council. As the much older sibling, NICE could have easily gone its own way. NICE’s membership on the Council, and significant has been deeply appreciated by the younger What Works Centres. As the late, great, Jeremy Heywood recognised, where medicine led on evidence-based practice, other professions need to follow.

Hopefully, we’re entering a time when the rising empiricism in teaching, policing, and social work will allow these professions to add useful learning and methods back to their medical cousins. 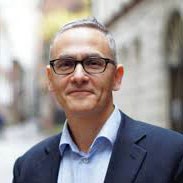