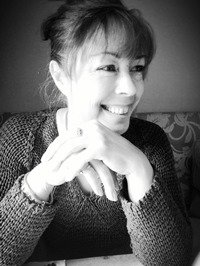 I am 51 and suffered a stroke on in August last year. Since then, I have made an amazing recovery for 2 reasons. Firstly, my daughter was with me, enabling me to get to hospital quickly. The second was due to the incredible treatment I received from Dr Warburton and the amazing specialist stroke unit at Addenbrooke’s Hospital in Cambridge.

My day started off much the same as any other. I had not been ill, I did not have a headache or pain of any sort. I suddenly misjudged my step and fell to the left. My daughter asked what happened and I thought that I replied with “I have no idea”. But I didn't realise that my speech was illegible and she couldn't understand me. I was incredibly hot and sweating profusely but, for some unknown reason, didn't question the fact that the left side of my body wasn't working. My daughter was confused as to why I wasn't even trying to take my jumper off or attempting to stand up. My brain hadn't registered that my left hand side wasn't working and I had lost the ability to speak.

Thankfully my daughter recognised the stroke signs. When I heard her ring for an ambulance the penny started to drop and I realised that I was quite ill.  Her quick thinking and actions saved my life. I finally accepted what was happening when I lost control of my bladder. I was embarrassed and scared and desperate to get to hospital. The paramedics arrived and wasted no time taking me to Addenbrooke’s. The journey made me very sick and I was, now, absolutely terrified and agitated, uncontrollably shaking.

On arrival at hospital I was taken through to surgery immediately. I was awake for the procedure, and just had a local anaesthetic in my leg to insert the cannula in to my femoral artery. The whole procedure was very quick, and I was speaking - albeit not very well - to the doctors throughout. As soon as the clot was removed I was asked to smile, lift my left leg and arm and speak, all of which I could do immediately. I consider it an absolute miracle that I made recovery and will be eternally grateful to the team at Addenbrooke’s and my daughter for this gift of a second chance.

I am now 5 months post stroke. I walk and swim daily, and go to the gym every other day. I have managed my own recovery without the need for support from the physios at the hospital. I am hoping to return to work next month to support myself financially rather than relying on ESA payments.

In my opinion the amazing recovery I have made is purely because of the thrombectomy.  I have not been a strain on NHS funds post stroke. My appointments at the hospital are purely to establish a cause in someone of my age. The average age of stroke survivors is now much lower than the 65 years so often quoted.

I pray that this procedure becomes more widely available on the NHS. I am terrified of having another stroke and not being close to a hospital that can offer this procedure. I believe it is only available at 28 hospitals throughout the UK.  It saves lives and vastly improves quality of life, which in turn saves money for both the NHS and the government in benefit payments.

My husband and I were in Paris, staying in a hotel about a thirty minute drive from the centre. We decided to enjoy Paris on the Sunday prior to a work commitment I had in Paris on the following day. Most of what I am writing is what my husband remembers. I recall small parts of the day of my stroke but really very little.

We were just returning after breakfast when it was evident I was having trouble opening the door to the bedroom. My husband took one look at me and instantly knew there was something wrong. My mouth had dropped, my speech was slurred and all coordination was gone. He instantly recognised the symptoms of a stroke. Help was summoned and we quickly realised that the hospital comes to you in France in the form of five doctors from the “Hospital Foch” that has a specialist neurological unit. Each doctor had a role, 4 worked on me while one was on her mobile, having a constant dialogue with the hospital. I had a NIHSS score of 5 with significant lack of movement on my left side. I couldn’t speak or swallow.

All I wanted to do was sleep and was put on oxygen. I recall 1 doctor trying to keep me awake. At this stage I had no idea about the seriousness of my condition. Once stable I was rushed to the hospital, a journey of about 20 minutes, where the consultant was waiting for me. Within a very short period of time I had been put into a hospital gown and had an MRI. Initially they used thrombolysis. As I was still unresponsive the consultant explained to my husband and me the procedure of Mechanical Clot Removal they would like to perform. It was experimental and there were risks involved but the outlook without the clot removal was not good. My husband immediately agreed.

I was wheeled into the theatre and introduced to the doctor who would be doing the clot removal. I was aware of noises and staff moving around but not of anything happening to me until I had a searing pain in my head and moving lights going across my eyes. My head was held still as the doctor announced he had the clot and I felt a sense of relief in the room. I then spent 3 days on the high dependency ward, lying flat and being constantly monitored. However I could talk fairly clearly and eat relatively normally. The only after effects were a constant searing headache. Six days after my stroke I travelled back to the UK by Eurostar.

My stroke happened at 10.30 am and by 13.55 I was taken to the high dependency unit. Without sounding dramatic the speed and action taken probably saved my life.

The consultant at home, having read my notes was surprised and delighted I had survived the stroke and was not paralysed. I have a slight weakness on one side and have developed regular, small seizures which prevent me driving.  I still have headaches and my recovery has been quite slow but overall I am fine now and very grateful to the hospital in France.

Jade Drummond – ‘I suffered an ischaemic stroke at 24’ 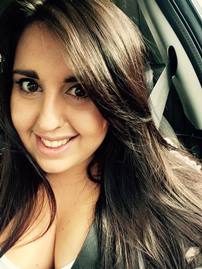 I had an ischaemic stroke on the 28th of April 2015. I was visiting London for my 24th birthday and was at Kings Cross Station about to return home when I collapsed.

I was taken to the University College Hospital where I had a MRI scan and the clot was detected, it was determined I was indeed having a stroke then quickly transferred to the London’s National Hospital for Neurology and Neurosurgery, at which point my partner was offered the opportunity to put me on the trial for mechanical clot retrieval. I cannot say why I was offered the trial, I think my age was potentially a factor but that would be a guess. I believe it was the last day for which the clot retrieval trial could be offered so that may have had something to do with it also. In the space of, I am told, less than 30 minutes I was selected to have the procedure, prepped and taken to surgery.

The procedure itself involved an incision being made in my groin, going up and removing the clot and then inserting a stent. I can’t remember much of the procedure, I remember a shooting pain going from my leg to my head and struggling slightly, being told to try and keep still and the overwhelming urge to sleep. The procedure should only have last 30 minutes but it lasted slightly over an hour as I developed a bleed and they could not retrieve the entire clot but, did retrieve enough of the block to insert the stent.

When I first woke up my right side was paralysed, I could not move my right arm or leg, could not sit up, obviously was unable to walk. I also could not speak I developed aphasia - I could understand what people were saying but could not respond.

However, despite how devastating I felt about the above, I recovered remarkably quickly. I was walking within a few days – albeit with a noticeable limp and I would tire out after a few paces Also I regained some of my speech, although the aphasia would plague me for a further 4 months. I believe without a doubt that the procedure was the reason for my fast recovery, I was able to leave the hospital in London 9 days later and transferred to a hospital in Scotland much to the relief of my family and me. I was walking longer distances, unaided, could move my right arm better and speak in almost full sentences within days of returning home.